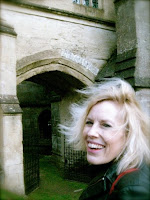 What’s the point of questioning how LGBT people behave sexually if you believe that NO same-sex sexual activity is allowed?
The question occurs in the context of articles published on Anglican Mainstream by Lisa Severine Nolland http://www.anglican-mainstream.net/?p=8191.
Lisa questions whether the nature of mutually loving, supportive gay partnerships is sexually exclusive (one sexual partner until death or divorce) or not? Heterosexual marriage, she writes, still carries with it the cultural assumption and expectation of sexual exclusivity, but gay unions do not.
Heterosexual marriage may still carry those cultural assumptions, but the reality is very different. It’s so easy to attack gay relationships and assume they are not sexually exclusive. My glib response when asked this question is to reply that heterosexuals set us such a bad example.
Lisa has again been reading the report on Sexual Ethics published by CA for the Clergy Consultation. She says the report challenges the whole concept of sexual exclusivity and affirms that ‘brief and loving sexual engagement’ with other people can be ‘occasions of grace’.
Lisa has, I suspect, read the whole report. Therefore she knows perfectly well that is doesn’t challenge ‘the whole concept of sexual exclusivity’.
The report says “the ideal outcome may be for mature adults to live in covenantal relationships that are stable, sexually exclusive/monogamous and permanent” – ‘may’, because it is clear that in every society and culture, heterosexuals find it hard to maintain this ideal.
Lisa introduces another favourite point of attack – bisexuals. Bisexuals, she writes, either sequentially or simultaneously have partners of both sexes: two is fine but three is better. I don’t know any bisexuals who construct their lives in this way, but it’s a favourite point of attack for conservatives.
Then she attacks the ‘Jesus-never-spoke-about-homosexuality’ view. Her argument – that because Jesus never spoke about incest, if the church accepts homosexuality, it will become morally acceptable if our society became incest-friendly.
I invite you to read the whole of the Consultation’s Sexual Ethics report – you can read it on the CA web site http://www.changingattitude.org.uk/publications/PDF/booklets/Sexual-Ethics.pdf or order a copy from Changing Attitude, 1 Tichborne Close, Frimley, Camberley GU16 8RP for £2 including postage.
Changing Attitude published the report as a contribution to debate and to the development of a Christian sexual ethic that encompasses LGBT people. Lisa has already moved beyond the conservative evangelical position of no sex outside marriage by engaging with the ethical ideas outlined in the report.
Changing Attitude can only engage in an ethical discussion from the position that LGBT sexual relationships can be healthy, holy and as deeply fulfilling and creative as heterosexual relationships.
Posted by Colin Coward at 12:25