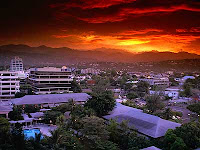 Sitting meditating and watching the sun climb slowly through a Wiltshire mist this morning, my thoughts turned to Jamaica and the Anglican Consultative Council meeting which begins on Saturday. I reflected on the difference in relationships between Changing Attitude and the Communion and the conservative networks and the Communion. 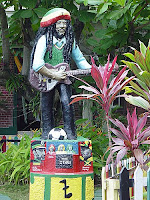 Bishop Duncan and the conservative leaders talk up the status of the newly created North American Province with which they aim to replace the Episcopal Church, along with the split in the Communion and the irreparable tear in the fabric. Are they committed to the Communion – really? Conservative bishops stayed away from the Lambeth Conference and conservative Primates have refused to receive communion with their brother and sister Primates.


Changing Attitude has a critical stance towards the Communion (who hasn’t?). We have criticised the Covenant (which has slowly been revised in a more acceptable direction). We reject the moratoria that inhibit rites of blessing and the election of bishops in same-gender unions. In contrast to the conservative alliances we are faithfully committed to the structures and instruments of the Communion. We have been present at Lambeth, Primates and ACC meetings to demonstrate our fidelity as well as represent LGBT voices and build relationships. 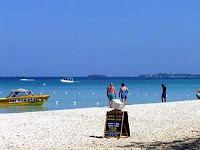 We are committed to a new vision, not simply of a Communion which welcomes and affirms LGBT people, but to a new paradigm for Christianity, one which is radically open, inclusive and loving. Conservatives claim that there are now two religions and state openly that they are Christian and others no longer are. This is a claim designed to poison relationships. And it is untrue, a lie. They may not like the new paradigm into which many are living, but it is a profoundly Christian one. For many it is the only hope for the salvation of humankind and our planet, faced with the twin crises of global warming and economic meltdown.

The vision of the new paradigm is focussed on justice, truth, love, radical openness and inclusion and a Christian pattern of life which responds tenderly to the needs of our planet. 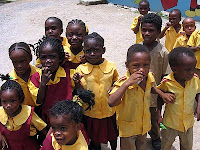 The various Global South alliances claim superiority of numbers – we are bigger than you, we have the most members now. It seems a childish game.

The tragedy is, conservatives are trapping the whole Communion in a petty, infantile vision of God. Those who support Virtueonline and Stand Firm spread poison across the Communion. There is nothing Christian in many of the ideas and views expressed on their blogs.

I firmly believe the Communion is edging towards a new paradigm, however painfully and slowly. There is no other direction in which to go if every Province of the Communion is to honour and be faithful to God’s creation at a macro level and to their LGBT members at a micro level, welcoming them into the church and opposing political and cultural oppression.
Posted by Colin Coward at 11:34