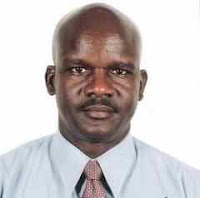 Okello Lucima, a Ugandan political economist and policy analyst, has written about the Ugandan Anti-Homosexuality Bill on his Northern Uganda Messenger Post blog under the headline ‘Uganda parliament tables bill to kill gays and lesbians’:

“This [Bill] is not only cavalier violations of human rights, but a dangerous hate campaign and incitement to harm or kill members of the GLBT in Uganda. The people of Uganda, and all people of good will, must not sit and watch while this happens. The sponsors of the bill, their supporters and political leaders- inside and outside parliament- must be identified, isolated and ostracised by the entire civilised world that respect difference and diversity. Most democratising societies have laws that criminalise purveyors of hate and incitement of hatred against a person, persons or communities; and have robust bill of rights that protect citizens and minorities. Uganda should not be an exception.”

There have been a number of conservative reactions to the Changing Attitude/Inclusive Church initiative in inviting Fulcrum, Reform, the Church Society, Anglican Mainstream, the Archbishops of Canterbury, York, Uganda and the bishops of Bristol, Sodor and Man and Winchester to join us in voicing opposition to the Bill.

We have been told that we shouldn’t interfere in the affairs of another Province; that we don’t understand the very different culture of Uganda; that the human rights of LGBT people are either of no significance to God or are far down the scale of human rights and justice; that we are being selective in our use of Lambeth 1.10 and the Windsor Report.

Okello Lucima confounds all of these arguments.

One disputed issue here is whether all human life is sacred and should be protected or whether the salvation of a person’s eternal soul is what matters. Some conservatives (certainly on Stand Firm) believe that any action, including death or incarceration, is permissible against a person at risk of losing their eternal soul. I vehemently beg to differ.

We are ALL sinful. There is no hierarchy of sin. Such hierarchies are determined by one set of people against another. Gay people are not more sinful than straights. Sexual sin is not worse than any other category.

The sanctity of life is paramount. The sections of Lambeth 1.10 and Windsor that address the sanctity of LGBT life are paramount and trump all other elements in the resolution and report. The Communion has a range of opinions about the way in which we express love for one another. We are not in agreement. I’m putting it in an extreme way because the outcome of Anglican deliberations on human sexuality is leading to extreme violations against LGBT Christians, of which the Ugandan legislation is but one example.

We should ALL be in agreement about the sanctity of life and opposed to everything that threatens a person’s life or safety. There can be no compromise about this. Groups working for equality in the Communion for LGBT people have compromised this fundamental truth. We have failed to uphold the highest Christian values on behalf, not only of our supporters, but all who know that under God, the value in there here and now of every individual human is paramount – we are all sacred people.

Reactions to the Uganda bill reveal how dangerously compromised our Communion has become as it consumes time and energy in fighting over the place of LGBT people in church and society.
Posted by Colin Coward at 09:19