Blogging the Primates in Alexandria

I’m off on Friday to Cairo in the company of Brenda Harrison, CA’s amazing Hon Administrator and keeper of the evangelical faith.

We will be there, outside the meeting as we were in Tanzania, probably in the company of at least one conservative bishops, the odd media representative and the familiar faces of conservative bloggers.

Brenda and I both intend to be blogging daily, bringing you reports of nothing happening or exciting news of encounters around the swimming pool, if the precedent of Dar es Salaam two years ago is anything to go by. 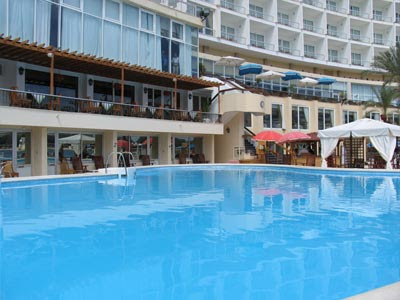 Last time we were a group of 4, representing CA Nigeria, Integrity USA and Inclusive Church as well as CA England. We wish we were going to be a more representative group this time and we will miss the mix of skills and experience that Davis, Caro and Scott brought.

We will try to be as inclusive as possible in our reporting, though we are both white and on the ‘mature’, gay side of things. At least we represent gender balance!
Posted by Colin Coward at 09:34