What happened to the vision of the 70s and the progress of the 90s? 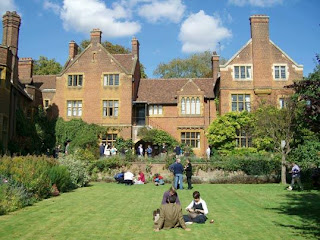 I was an ordinand at Westcott House Cambridge from 1977 to 1979. The three members of staff were Mark Santer, who became bishop of Kensington and then Birmingham; John Armson, who became a canon of Rochester (and is gay); and Rowan Williams, who later became Bishop of Monmouth and then Archbishop of Canterbury. I arrived the year after John had shocked the student body (or some of them) by coming out in a Monday evening compline address.

I arrived at the same time as Kitty Platt, Westcott’s first woman ordinand. Among the other students were gay ordinands, some of whom have remained discrete about their sexuality, others of whom came out later (some after having married), most of whom have abandoned parish ministry and some, ordained ministry entirely.

Two other ordinands have transitioned in recent years from male to female and one of them, Tina Beardsley, is a trustee of Changing Attitude. Other, straight, ordinands are now members of General Synod and convenors of CA Diocesan groups.

Yet others developed in different directions. Robbie Low became Vicar of St Peter’s Bushey Heath and contributed to New Directions, the newsletter of Forward in Faith which was edited by his wife Sara. They were subsequently received into the Roman Catholic Church. In paying tribute to them, Bishop John Broadhurst wrote that New Directions came to be regarded, throughout the Anglican Communion, as a journal of fearless factual reporting and comment. That comes as news to those of us who have been maligned and smeared in its pages.

The reports from the Forward in Faith Conference this weekend made me reflect on the make-up of Westcott House when I was there in 1979 and the wildly different trajectories taken by students and staff.

The ethos of the house was open and affirming for both women and gay men (there were no lesbians in training then, though there might have been elsewhere in the Federation). I was 34 in 1979. Westcott House was the first place where I felt totally safe as a gay man. I felt that I had arrived at the right place at the right time in my life, from youthful awareness that the Church of England embraced many homosexuals in ministry and congregational life to positive affirmation from students and staff alike.

Halcyon days! From that positive base the members of staff and the other ordinands developed in radically different directions, some (those who became members of Forward in Faith) becoming hostile to the presence of LGBT people in ordained ministry.

The church of the 60s and 70s was far more generous and radical than the church of today. Westcott consciously adopted a culture of inclusion and represented the very best of the generous Anglican ethos which formed my Christian identity.

Reactionary forces on the conservative evangelical and extreme anglo-catholic wings of the church have polarised the Church of England in conjunction with global forces within the Anglican Communion.

The Southwark Diocese Lesbian and Gay Support Network, formed in 1993, launched a statement of integrity 9 years later titled “We have always been here”. Introducing the statement, Steph Blackwell said that two key images for the group have been a commitment to dialogue, and the living out of members' lives with integrity.

David Page, recently retired chair of Changing Attitude trustees, said the statement celebrated how far the Network had come, with growing confidence among lesbian and gay Church members to proclaim who they are. Canon Eric James remembered his time as a young priest in an era when coming out was dangerous.

This morning I was ‘phoned by the partner of a curate who had made an appointment to see his bishop. The partner wanted to know whether it was safe for the curate to tell the bishop that he lives with a gay partner. In the early 1950s when Eric James was a curate the answer was definitely no. In Southwark in the 1990s the answer was a reasonably confident yes. In the last 10 year the answer for many is again, no – please bishop, don’t ask, because I don’t want to tell you – I don’t feel safe being honest and open with you.

Those of us who were at Westcott in the 1970s have moved in different directions, reacting to developments in the church, the Communion and the world. For LGBT Anglicans recent developments have been very unhappy.

I’m writing this blog to remind myself and my friends who lived through the progress and hope of the 60s and 70s and experienced new openness and confidence in the 90s that we know what it is possible for the church to be and become. Whatever forces are at work now, this is the vision we hold and the vision we must focus on with renewed determination.

Conservatives may think they are winning what they see as a ‘battle’ to recover the church for Christ. We are working to recover Christ for a church which respects women and LGBT people, and holds the tradition – all are sinners and all are saved in Christ - created in love, for love.
Posted by Colin Coward at 13:32