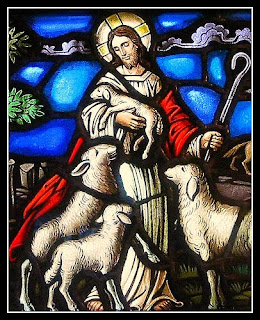 The Bishop of Chester, Peter Forster, has made an interesting speech, during the Lords Second Reading of the Equality Bill, in which he rightly highlights how the widening gap between rich and poor in the UK represents a fundamental inequality that is hardly touched by the extensive provisions of the Bill.

Where I began to feel less comfortable with the Bishop’s words was towards the end, where he says that the Bill tends to see society as a collection of individuals with rights, rather than as an ‘interplay of individual rights with the rights of other individuals, and the broader rights of society and the socio-cultural and religious communities in society’.
The example he brings forward, and hence my concern, as a Changing Attitude Trustee for Trans people, are ‘the provisions in relation to those who are undergoing, or have undergone, a change of gender’.

The Bishop continues: ‘society holds different views about the basis of gender reassignment, and there are different views in some of the faith communities’. Even if the latter point is true - and Chapter 7 of Some issues in human sexuality does indeed document, what are basically two ‘opposing’ Christian views, one in favour of medical intervention, with hormones and or surgery, the other antagonistic to this approach - it seems disingenuous to imply that they command ‘equal’ weight and endorsement. We don’t really know what the majority in the Church think about the basis of gender re-assignment because this conversation has hardly begun.

However, what we do know is that society at large, in the UK and beyond, seems to have accepted the validity of Trans people’s experience, and that a gender transition, is, in many instances, a therapeutic and authentic journey to make. Think only of popular culture: For many years now a Trans person has been a much-loved character in a television soap opera; a Jewish Trans woman won the Eurovision Song Contest in 1998; and millions voted a Portuguese Trans woman – a Roman Catholic Christian, who often prayed on screen – as the Big Brother winner in 2004. 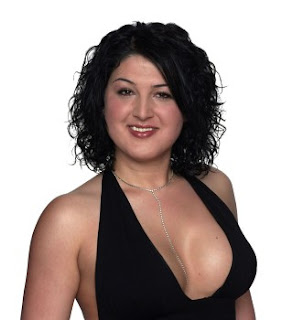 We have come a long way from the freak show reporting of the tabloids of yester year, and while red tops can still slip in the occasional sensational headline, most people seem to recognise the normality of gender reassignment for those who have been diagnosed with gender dysphoria - a persistent dis-ease or dis-comfort with one’s assigned gender.

To his credit, the Bishop says that he accepts the possibility of gender dysphoria and the psychiatric and medical treatments on offer for it. What troubles him is that the Bill, if passed, would extend legal protection to those who express an intention to transition, or who do so without recourse to medical intervention or supervision. In fact, these are the most vulnerable type of transgender people you will come across, and they are badly in need of whatever protection is going.

In this instance, I think, the Bishop is being misled by the drafters of the Bill who have opted for the phrase ‘gender re-assignment’ - perfectly applicable in the case of transsexual people who do transition - but here in the legislation used inappropriately, as a catch-all term, to include anyone who adopts a gender variant expression, and which could, in certain circumstances, provoke physical or verbal abuse. See my earlier post on this problem of terminology
http://changingattitude-england.blogspot.com/2009/06/black-man-or-white-woman.html
Anyone at the beginning of transition, who must dress in the clothes of the gender to which they aspire, but without the benefit of the hormone therapy that will masculinise or feminise their face and body, can be a prime target for such abuse. So too can the occasional cross-dresser, who represents a very different constituency from that of transsexual persons who transition. What the Bill is trying to do, albeit clumsily in its use of words, is to offer protection to as many Trans people as possible.

That, I would argue, is the main motivation for this section of the Equality Bill, not, as Bishop Peter suggests, simply to safe-guard individual rights, but because Trans people are regularly attacked and murdered simply because of their gender variant behaviour and expression.

I hope to discuss the rest of the Bishop’s remarks on this subject in a second post (after Christmas), but for now I would just like to note that Jesus once told a parable about a shepherd who left ninety-nine sheep in order to search for the one that had gone missing.
Likewise, we look to our shepherds, the bishops, to speak up for minorities who are bullied and picked on just because they are different.
Posted by Christina Beardsley at 16:33