The old, patriarchal paradigm of power, authority and control continues to exert its influence over some leaders of the Anglican Communion as they respond to the presence of LGBT people and the campaign waged by the self-proclaimed majority against our full inclusion.

In his Pentecost letter the Archbishop of Canterbury proposes that members of provinces that are in breach of the three moratoria requested by the Instruments of the Communion should no longer participate in the formal ecumenical dialogues in which the Anglican Communion is engaged. The Secretary General of the Anglican Communion, Canon Kenneth Kearon, has written selectively to the Episcopal Church, the Anglican Church of Canada and to Greg Venables of the Southern Cone.

The Rt Rev Martyn Minns is among those who might have been expected to be sent a letter but hasn’t. He told the Living Church that the primates, “never agreed that there’s a moral equivalence between what they see as an attempt to change 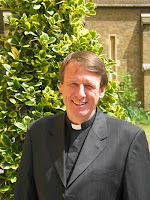 the Anglican Communion’s teaching and a provision for temporary pastoral care.”

Moral inequality is the name of the game for the Archbishop of Canterbury and the Secretary General. They have been selective in their exclusions. They demonstrate their inability to respond with Christian love, courage, wisdom and compassion to the campaign being fought by adherents of the old paradigm who want to marginalise at best and dehumanise at worst LGBT people.

What should the Archbishop and Secretary General be doing?
They should witness to the violence perpetrated against LGBT people. The anti-homosexuality Bills in Nigeria and Uganda are actively supported by Christians. Millions of LGBT Africans live in fear, intimidated by extreme rhetoric, vilified and attacked. In England, gay men continue to be murdered in homophobic attacks.

What should they be doing?
They should be opposing Anglican leaders and forces in the Communion which claim to respect LGBT people whilst advocating actions and doctrines which diminish us and reinforce prejudice and hatred against us. They should denounce every homophobic statement made by Anglican Primates, bishops, leaders and teachers, at the risk of being accused of colonialism.

What should they be doing?
They should be seeking to change the mind of the Communion expressed in the clauses of Lambeth 1.10 which fail to grant full respect, dignity and equality to LGBT people, to our loving, faithful relationships and our welcome to every level of ministry in the church.

What should they be doing?
They should be faithful to their own Christian integrity, challenging the use of passages from the Bible to maintain prejudice against LGBT people. The Archbishop and the Secretary General are at heart “revisionists” (the pejorative term used to demean pro-LGBT campaigners). They should revise all church teaching which scapegoats LGBT people and corrupts the gospel which teaches the goodness and glory of humanity as sexual beings created in love by God.

What should they be doing?
They should respect The Episcopal Church and the Anglican Church of Canada in their commitment to model justice and love for all people who follow the teachings of Jesus Christ. They should come out of their closets and state openly that the Church of England ordains, often knowingly, partnered LGBT people. Many bishops actively encourage clergy to contract a Civil Partnership and by implication, support the blessing of lesbian and gay relationships.

What should they be doing?
They should be supporting the eradication of homophobia and prejudice against LGBT people in the Anglican Communion instead of supporting punitive sanctions and colluding with those who advocate prejudice. If this is to be the effect of the Anglican Covenant, then the Covenant will be a further instrument of prejudice and intolerance and Changing Attitude says NO to the Covenant.

This morning I’m driving to Swanwick to take part in the 2010 USPG conference ‘Witnessing to Christ Today”. The principal speakers are the Most Revd Katherine Jefferts Schori, Presiding Bishop of the Episcopal Church and the Most Revd Thabo Makgoba, Archbishop of Cape Town. I expect to hear two people who speak truthfully from their own hearts and proclaim a gospel of justice and love in the name of Jesus Christ, a gospel which fully includes, respects and protects lesbian, gay, bisexual and transgender people.