Time for change – in depth 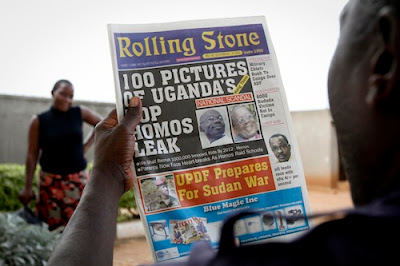 The tensions in the Church of England and the Anglican Communion surrounding the space it allows lesbian, gay, bisexual and transgender people to occupy is reaching breaking point, I suspect. It is certainly driving many of us LGBT Anglicans who live within this insane dualism to the edge. In civil society we can contract civil partnerships (marriage in all but name) and create social lives which are largely free from anxiety about being gay, adult and equal. In the church we are a problem, a source of tension, guilt and embarrassment, a threat to unity and for some, a sinful body to be healed or an evil to be eradicated.

The practice of the Church of England encourages dishonesty, secrecy, collusion, fear, bad pastoral practice and bad theology. LGBT people either tolerate this unhealthy state of affairs, rail against it, or leave the church.

Tensions are reaching breaking point in the Communion, having been stretched in one direction by the Episcopal Church’s election as bishops of a partnered gay man and a partnered lesbian and in the other direction by conservative leaders and networks organising schismatic, transgressive movements.

Two weeks ago I was sent a scan of the Ugandan Rolling Stone front page naming Uganda’s 100 “top” homosexuals, including a picture of Bishop Christopher Senyonjo and a yellow banner saying “hang them”. The report has now been picked up by western media and websites. The Bishop of New York has written to the Archbishop of Canterbury and I’ve been asked whether the Archbishop is going to condemn the naming of and demand to hang Bishop Christopher (who of course is not gay) and the 99 other named homosexuals. Lambeth Palace usually tells me that private representations are being made and that these are felt to be more appropriate and effective than a public statement.

Changing Attitude may have acquiesced in this apparently reasonable justification of behind-the-scenes diplomacy for too long. The risk to the lives, security and emotional and physical well-being of LGBT people in Uganda, Nigeria, Kenya, the UK, USA and elsewhere is too serious now for subtle diplomacy to be an appropriate response.

Homophobic individuals, newspapers, governments and churches need to know that the Anglican Communion condemns unequivocally all violence and prejudice against LGBT people (which is the Archbishop’s stated position). The fear of upsetting certain Anglican Primates, bishops and pressure groups inhibits a proper reaction.

In England, bodies have been busy planning their departure for the ordinariate or forming new pressure groups – the Society of St Wilfrid and St Hilda or the Society of St Augustine for the Anglican Mainstreamers – or not so mainstream following this development.

Archbishops and Popes and bishops don’t like schisms. They are symbols of unity and managing and containing threats of schism are a high priority compared with naming and condemning threats to the lives and well-being of vulnerable minority groups such as lesbian, gay, bisexual and transgender people.

Condemning sexism and homophobia should be a priority, alongside the condemnation of racism, fascism, rapacious capitalism and fundamentalism. The position of the Anglican Communion and the Archbishop of Canterbury should be to unequivocally support the dignity and full inclusion of LGBT people in church and society.

In the Communion, every action taken against LGBT people should be condemned and challenged. The Church of Uganda has allowed Bishop Christopher Senyonjo to be vilified, impoverished and threatened with death in the Ugandan press. The church should have immediately condemned the Rolling Stone report.

In England, LGBT Anglicans must now work towards converting the House of Bishops and General Synod from their various shades of prejudice, intolerance, passive tolerance and active if circumspect welcome for LGBT people into a radical change of church teaching and practice. There should be no discrimination against LGBT people in congregational life or ordained ministry and access to all the sacraments, including the blessing of relationships and the marriage of same-sex couples.

A great deal of time, energy and attention has been given to the parish of St Peter’s Folkestone and to the four bishops who may leave the Church of England to join the ordinariate. Those thinking of leaving the Church of England issue threats and a bishop calls the church vicious, vindictive and fascist because they are negative, against things, ordained women, gay relationships, gay bishops (funny, that one), theologies of justice and peace. Their departure opens up space for people who feel differently, theologise differently and have a very different awareness of how God is active in their lives.

A mini-storm has been going on in the church where I worship following front page stories and pictures in the local paper about the civil partnership my partner and I are planning to contract. Some people have left the congregation, others have arrived, and the balance between conservatives and progressives has changed. Those arriving can’t fathom why the church is so obsessed in a negative way about women and gay people. God is about love, compassion, integration, justice and truth, isn’t s/he? they ask.

The sermon the Archbishop of Canterbury preached in India seems apposite. "Sometimes we have listened to the past," he said. "We have identified ourselves with our ancestors in faith. Sometimes we have listened to our own unconverted hearts and used the church of God for our own ends, welcoming people like us and rejecting those who make us uncomfortable. And when any of those things happens, the Church begins to fall apart. The wounds in the Body get wider and deeper, and we find ourselves giving great energy to justifying our decision not to be together. As we stop listening to one another, we stop listening to Christ. Whether this happens in the name of nationality or tradition or pride of achievement or purity of teaching, the effect is the same tragedy."

It would be easy to say the church is falling apart because it doesn’t unconditionally welcome women or lesbians or gays or bisexuals or transgender people or black people or people from different social strata – people “not like us”. Christians find it very difficult to listen to Christ and don’t find listening to each other much easier sometimes. A Reflections group meets monthly at my church to meditate together and talk about spirituality and faith. The conversation is very tentative because the members are unsure of their experience and of the language to describe their faith. We are learning together how inadequate the church has been in providing us with the resources to go deeper into ourselves and into God.

+Rowan was one of the people who provided me with the basic tools. If he were to focus on one thing which might stop splits from occurring in the Communion, it would be to teach people and churches how to go deeper, really deep into silence and stillness, heart and body and emotions, mystery and unknowing. But we live in a Christian era, internationally, when attending to ourselves and God in depth is one of the last things people want to commit their lives to.

Please help us to instill mature patterns of behaviour and deeper spiritual roots in the Anglican Communion by becoming a supporter of Changing Attitude or by making a donation.
Posted by Colin Coward at 20:49