The Anglican Mainstream website has posted four reports connected with this year’s Greenbelt Festival. The first is a letter to the Church of England Newspaper from Andrew Presland, General Synod member for the Diocese of Peterborough. He complains that the Greenbelt tradition of only including speakers who seek to explain away the traditional Biblical teaching on homosexuality continued for another year.

The next two are links to information about OuterSpace, the first posted on Greenbelt’s website before the Festival took place. 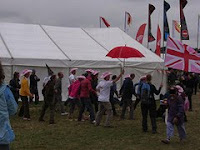 The most recent is a lengthy anonymous eye witness report from someone present at Greenbelt. The eye witness says one thing he (I’m assuming the person is male) saw that he hadn’t seen before at Greenbelt was overt physical affection between homosexuals in the beer tent. What he thought odd about this was the unnecessary nature of it. He was enjoying a beer with his friends at about 3pm, the place was half empty and “It was almost as if they were daring someone to make a scene, Of course no-one did and they were ignored, but it highlighted a difficulty that Greenbelt is going to face.”

Anglican Mainstream is determined to reinforce the message that Greenbelt has abandoned its early evangelical origins and is now a liberal festival entirely committed to a pro-gay stance.

From Changing Attitude’s perspective, that has to be a good thing. Our networks include evangelical LGBT people for whom there is no incompatibility in being gay and Christian (and partnered). Greenbelt still attracts many evangelicals, who are more open-minded about human sexuality than their conservative elders.

Mainstream is disturbed by developments at Greenbelt and conducted an ineffective campaign to intimidate the organisers and sponsors into providing a “balanced” view on homosexuality by inviting leaders of the ex-gay movement to speak. 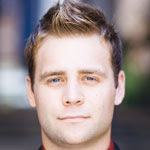 I understand that Spring Harvest, a festival about which Anglican Mainstream might more confidently expect to toe the conservative evangelical line, polled participants to find out which issues that they hadn’t dealt with were of most concern to them. Top of the list was human sexuality/homosexuality. As a result next year’s programme will address the issue. Andrew Marin, whom I met on Thursday and about whose book I enthused, is speaking at all the Spring Harvest venues.

As we know, whenever LGBT people and issues are engaged with, prejudices and fears tend to give way to a recognition that we are no different from anyone else. Hence the opposition to Bishop Gene speaking at Greenbelt and the Listening Process in general. Many Provinces refuse to contemplate any listening to LGBT people, despite the commitment made in the otherwise binding Lambeth 1.10.

I predict that Anglican Mainstream will attack Spring Harvest next year for daring to put homosexuality on the agenda and inviting Andrew Marin to speak.
Posted by Colin Coward at 18:06