How can LGBT people begin the conversation with the church posited by Oliver O’Donovan? 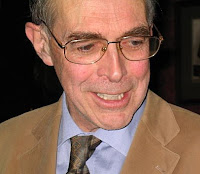 I’ve begun to read ‘A Conversation Waiting to Begin’ by Professor Oliver O’Donovan, a collection of essays first published on the Fulcrum website. In his preface to the book, Oliver writes: “Nothing will do but that we bend our minds to the task of thinking deeply together, asking basic and open ended questions about the challenges we face and the authority we acknowledge.”

At the end of chapter 1, Oliver asks questions about the pastoral and hermeneutic challenge that the gay phenomenon presents to the church.

• How is this form of feeling to be understood?
• What are the patterns of life with which it may appropriately clothe itself?

“As far as I can tell” he writes, “it is deeply in the interests of gay Christians, men and women, that their experience – by which is meant not merely sexual experience , not merely emotional experience, but the whole storehouse of what they have felt and thought about their lives, should become a matter of wider reflection, reflected on by those who are called to live this experience, by those who are called to accompany them in their living, by all who share their understanding of living as something they owe an account of to God.”

Oliver O’Donovan asks whether the gay Christian movement can present itself as the bearer of an experience of the human that is, at the very least, of irreplaceable importance for our understanding of our own times. Is it of an age, able to speak for itself?

I accept Professor O’Donovan’s challenge and I believe it is one we LGBT Anglicans have to respond to. Any response will take time to develop, a great deal of time if we are to engage in truth from the depth of our own faith and experience.

The challenge of developing a response is, however, difficult in the current circumstances. One – we LGBT Anglicans are constantly on the defensive, reacting all the time to a co-ordinated attack on our presence in the church and our very identity.

Anglican Mainstream posts articles which in the main reinforce their own arguments. Articles published in the past week when I was on holiday demonstrate the nature of the attacks against us. These are the secular proof texts for conservative Christians that parallel the seven Biblical proof texts.

• We don’t exist as lesbian or gay people – we are really all heterosexuals waiting to be shown the light by conservative Christians. Straight is normal, gay is deviant from the norm.
• We can be put through courses which enable those with ‘unwanted same-sex attraction’ to access our true, heterosexual nature.
• Gay people are sexually irresponsible – gay and bi men are 50 times more likely to have HIV says one headline.
• Same-sex marriage is responsible for undermining traditional heterosexual marriage.
• LGBT people are responsible for revising the Bible, for erroneous teachings and false doctrines.
• We are responsible for promoting a libertine culture of sexual freedom and anarchy.

In this circumstance, is it possible to respond to Oliver’s challenge? We are constantly on the defensive, constantly under attack, reacting all the time to threats against us, distortions of the truth, deliberate lies told about us. Many of us have been drawn into a defence of LGBT people, our lives and experience and faith. I fear that I may become deeply entrenched in defence as the attacks continue and intensify.

Two - at the same time, there is an urgency to demand change now. Every day I encounter people across the world who are impacted by the conservative Christian rhetoric against us. Many give up on the church and some abandon their faith entirely. Others live in despair and depression, trapped between the true self they know and the false self advocated by conservatives. Others live more tragic lives, isolated, suicidal, surviving by suppressing emotions and living a lie, to themselves as well as family, friends and colleagues.

How is it possible to create space in which we can respond to the pastoral and hermeneutic challenge presented by Oliver O’Donovan when we are confronted with immediate, intense spiritual and pastoral need and constantly have to protect and defend ourselves against attack from brother and sister Christians?
Posted by Colin Coward at 10:54