James Jones, Bishop of Liverpool calls for Anglicans to “accept a diversity of ethical convictions about human sexuality” 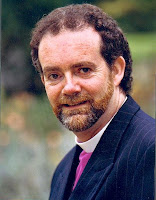 In early 2000 Cardinal Thomas Winning wrote an article published in the Telegraph in support of Section 28, calling homosexual acts inherently wrong. Bishop James Jones supported Cardinal Winning in an article for The Times claiming that there were serious health issues in the act of gay sex and that natural theology and biblical principles recognise only two forms of vocation and do not support same-gender sexual acts. I wrote him an angry three page letter questioning his ability to understand or listen with respect and integrity to lesbian and gay people. Before he left Hull for Liverpool I had written challenging his views on homosexuality.

James Jones has journeyed a long way from his thinking about homosexuality in 2000. Then, his views were described as traditionalist. Although he admitted that public attitudes were changing he thought that gay relationships were not equal to heterosexual relationships. As a result of my second letter we met for tea at the Athanaeum. Since then we have met regularly and developed a friendship based on deeper understanding and trust. I have changed over the past decade and so has Bishop James in his attitude towards LGBT people.

The diocese of Liverpool has come to exemplify how the process of listening to lesbian, gay, bisexual and transgender people can be encouraged and made to work, both in the local and the international context. I was invited several years ago to meet the human sexuality group which he convened in the diocese, enabling people of differing convictions to explore their differences creatively. This model was adapted to form the basis of a three-way conversation between the diocese’s link partners of Akure in Nigeria and Virginia in the USA. It is a model which could be followed by every province and diocese of the Anglican Communion that is genuinely committed to Lambeth Resolution 1.10 and the process of listening to lesbian and gay people.

His condemnation of homophobic attacks in Liverpool is an example of the pro-active response needed when gay people are attacked and abused. The Church of England bishops have often been slow to criticise homophobia at home and outrages abroad such as the appalling anti-homosexuality legislation in countries like Uganda and Nigeria.

Today, Bishop James used his presidential address to the March synod of the Diocese of Liverpool to call for Anglicans to “accept the diversity of ethical convictions” in the debate on sexual ethics so that “we will let nothing deflect us from mission.” He talked about how “we handle disagreements about ethical principles within the body of Christ” and said that “on a number of major moral issues the church allows a large space for a variety of nuances, interpretations, applications and disagreements”.

He proposed that we can move “towards allowing a variety of ethical conviction about people of the same gender loving each other fully” and that he believes “the day is coming when Christians who equally profoundly disagree about the consonancy of same gender love within the discipleship of Christ will in spite of their disagreement drink openly from the same cup of salvation.”

Bishop James said the Diocese of Liverpool has the full spectrum of moral opinion on human sexuality evident in the Church of England at large and in the Anglican Communion and accepts a diversity of ethical convictions about human sexuality.

I welcome his acceptance that Christians can legitimately hold a variety of ethical conviction about lesbian and gay people loving each other fully. This is both a strong affirmation of gay relationships and a confirmation of Anglican tradition, that differences in attitude to homosexuality are not church-dividing and that Christians can live together in one church community respecting each other’s convictions. This is the church into which I was baptised and which Changing Attitude advocates.

The bishop’s address to the Liverpool Synod confirms the significant change in his own understanding of human sexuality and the continuing change in church attitudes to gay and lesbian people. The majority of bishops voted in General Synod recently to extend pension provision for the partners of lesbian and gay clergy. Some bishops in the Lords have voted in favour of equality legislation, breaking the party line against such legislation. Together with the Archbishop of Canterbury, Bishop James has a strong respect for the rights and dignities of lesbian and gay people.

I hope that the Bishop of Liverpool will continue to act as a beacon for other bishops who respect LGBT people and encourage them to speak more openly about their genuine support for faithfully partnered gay couples.
Posted by Colin Coward at 17:49