Yesterday peers voted by 95 to 21 in favour of Lord Alli’s amendment to the Equality Bill which would allow, though not compel, religious organizations to host civil partnerships in church buildings and permit religious language to be used in the ceremonies.

Conservatives Christians maintain that as a result there would be effectively no difference between marriage and civil partnership within the church.

We want honest recognition that those of us who identify as lesbian, gay, bisexual or transgender are holy people of God who fall in love and create relationships that are the equal of heterosexual relationships, equal to marriage. As committed Christians with a deep faith in the blessing God bestows on our relationships, we want them recognized by our church and we want to celebrate them in church with our friends and families and members of our congregation.

Does Lord Alli’s amendment achieve this? No, but it moves us in the right direction and begins to create equality of practice.

Is Lord Alli’s amendment a Trojan horse as some claim? I very much hope so. There are many priests and parishes where civil partnerships are already celebrated and blessed in church and bishops who either turn a blind eye towards what is happening or positively encourage priests to contract a civil partnership. Conservatives would be surprised to know which bishops and how many there are.

Conservatives are now attempting to close the stable door well after the same-sex mare and stallion couples have bolted. Our bishops are in disarray, but not enough disarray as yet. Too many of them are still in the closet or in denial about their attitude towards gay relationships, or half in/half out of the stable. 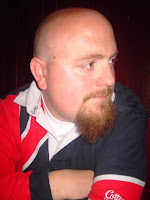 Conservatives continue to claim that the Anglican Communion and the Church of England have definitively decided the issue. On Peter Ould’s blog, David writes: “… the Church of England, and the Anglican Communion, have both re-affirmed the scriptural and traditional belief - that same-sex sex is against Biblical teachings and should be met with a call for repentance (GS '89 and Lambeth '98) ...while striving to listen... and that CofE clergy must agree to conform to live according to this standard (HoB "Issues" '92). He says: “Just 'cos "liberals" keep a challenge to Biblical teaching alive does not mean that a matter is not decided - any more than when conservatives keep challenging the ordination of women!”

Bishops, priests, deacons and lay people in the Church of England have been ignoring these teachings ever since ‘Issues’ was published as a discussion document, which then morphed into policy. Disobedience and denial have been the reality ever since the church started to publish ‘official teaching’. The horses will never be put back in the closet. Nothing will return the Church of England to where the conservatives want it to be.

As Winston writes (again on Peter Ould’s blog): “…the Church that you want to resist the developments … does not exist. It is not cohesive, the House of Bishops does not speak as one, our theologians radically differ in their perspectives, Gene Robinson remains in situ, the Episcopalians remain part of the communion, people like me bless gay relationships, our partners get pension rights, our congregations affirm us, unmarried people in relationships serve on our PCCs, teach Sunday School etc.”

The discussion on Peter Ould’s blog covers the familiar ground very well. Conservatives hold on to their particular Biblical principles and teaching – they claim them to be unchanging and universal when clearly they are not.

Andrew Goddard’s detailed historical analysis of marriage and dissection of what Lord Alli’s amendment will achieve is as always, helpful. Andrew’s position has integrity and he offers our church material by which we can judge the effect of the revised Bill. Andrew and I are friends in the Church of England even though we want very different outcomes for LGBT people in the church and think very differently about the place of gay relationships in the lives of Christians. Andrew is one of those who believe he would be forced to leave the church if it enacted the changes advocated by Changing Attitude.

In yesterday’s debate, Lord Harries of Pentregarth, a patron of Changing Attitude, argued: "Religious freedom is indivisible." He denied the amendment would undermine marriage. "It actually strengthens marriage," he said. "The real enemy (of marriage) in our society is promiscuity, not permanent faith-based relationships." 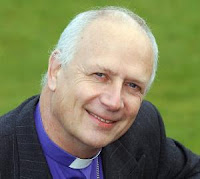 In contrast the Rt Rev David James, the Bishop of Bradford, voted against the amendment, warning of "unintended consequences". He said: "When we consider changes to the law, we need to be clear about what they are meant to achieve and what, in practice, they do achieve." There had been "no practical difficulties so far" with the existing legislation, he said. "The fundamental difficulty that many churches and faiths will have with this argument is that we, like the Government and the courts, have been quite clear ever since civil partnerships were introduced that they are not the same as marriage."

Thinking Anglicans reports that the Bishop of Newcastle voted in favour of the amendment and Lord Eames voted against.

The Promised Land to which conservatives want to lead the church will never be reached. Lord Alli’s amendment is a further step on the journey to a very different Promised Land, one which I believe will create a healthier, holier, genuinely more inclusive church, not only for LGBT Anglicans but for all Christians.
Posted by Colin Coward at 12:03