The Church of England’s dramatic disconnect 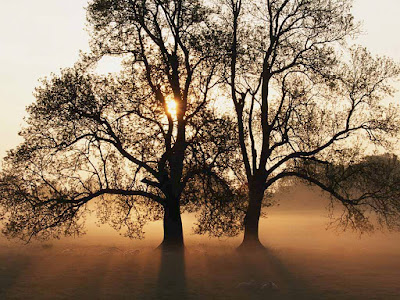 The George Careys, Michael Scott-Joynts and Andrea Minichiello Williams (recently elected to General Synod, Director of the “Christian Legal Centre”) of the Church of England think that Anglicans (their type of CofE Anglican, of course) are now a persecuted minority that need protected legal status.

To me that sounds like an acknowledgment of reality – and failure. Just under 3% of the population attend Church of England services once a month and under 2% attend worship weekly, statistics show. We are indeed a minority, with seats in the Lords, the Established Church of our country, with a status and privileges way beyond our significance. It’s difficult stand back and gain a realistic picture of where we, Christians in general, C of E in particular, fit into British society. It is clearly even more difficult for those living with privileged status like bishops and retired Archbishops.

It’s difficult for Anglicans at the parish church level as well. I meet with a local support group once a month to talk about my work for Changing Attitude. The conversation is often about frustrations at the local as well as the national and international level. At the last meeting, we talked about the congregation to which most of us belong. Why is it so difficult to capture a vision of Christianity inspired by Jesus’ teaching and prophetic ministry? Why do so many feel they are just going through the motions?

My answer is that we are all victims of our normative environment, family, school, locality and church. We internalize values and ideas and they become ‘normal’, self-referential and self-reinforcing. The way we have come to read and interpret the Bible becomes normative, the way we worship, pray, conceptualise God, all become not just ‘normal’ but universally true.

Those of us of a certain age carry assumptions and expectations about church life and worship which we can see no longer work, when we are able to ‘take them out’ and examine them. There is a deep frustration and disillusion among many, of which church attitudes to sexuality and relationships are but one symptom.

It is hard for people to understand what their frustration is about and even harder to have any vision of what action they might take to change it for the better. That’s because the church is locked into maintenance mode (fabric and financial) and is on the defensive, as Carey and company repeatedly show us.

Even younger and supposedly more alert bishops like Tim Thornton, recently moved from Sherborne to Truro, can write an article about civil partnerships and marriage for the Daily Telegraph which is defensive and badly argued. He talks about the blessing of ‘homosexual practice, to put it in crude terms’ which is, from Changing Attitude’s perspective, to put it in very crude terms indeed, Tim.

Bishop Tim thinks the most significant thing is the danger of a confusion between different things, marriage and civil partnerships, which, “if we open ourselves up to blurring that difference ... would be unhelpful for all concerned.” This is a problem for a minority, for bishops who spinelessly toe the line and other Christians who still think gay relationships are unlike heterosexual relationships.

The advice to me from his replacement in Sherborne, Graham Kings, is that I should “lie low for the moment.” I suppose Graham wants me to act like a bishop.

From where I sit in Salisbury Diocese, the edifice looks insane at times, most especially around the way the church colludes in negative teaching about LGBT people and forces people into closets which our leaders seem all too willing to hide inside. There is a collusive corruption and deep dishonesty in our Church.

My heart aches and yearns not simply for a change in church attitudes towards human sexuality but for a church which inspires me and nourishes me spiritually and expresses a vision of God which responds to the age we are living into, a future in which God is doing so many creative, new things. What do we get in reality? George Carey, Michael Nazir Ali, Michael Scott Joynt, Andrea Minichiello Williams. God help us.

This is what we are up against. This is what +Rowan is up against. This is what the Holy Spirit is up against - impoverished, defensive lack of courage and imagination. The Church of England is trapped in a dualistic mode of thinking, nostalgia for a time when there was more ‘certainty’, fear of change and difference and of human beings, some of whom might be growing into greater maturity and spiritual depths despite the best efforts of the Church to restrain them and dull their hearts and minds.

Well, pooh to that! I am not a Christian who is a member of a persecuted minority in England and I don’t need legal protection to live my faith. I have a dream of a Christian community that is inspired, imaginative, creative, filled with energy, genuine in friendship and love, open, risk-taking. Rather New Testament, in fact, Christ-like, even Pauline in challenging the old and responding to the new.

So yes to marriage equality and civil partnerships, yes to new visions of God’s activity in the whole of creation (and not just the 2% the C of E tries to numb each week), yes to our campaign for equality in ministry for all, LGBT as well as straight, yes to a passionate, creative Christian witness and vision in the UK that is true to the infinite holiness of God.

To help Changing Attitude campaign for a new paradigm in the church, please become a supporter or make a donation to our work.
Posted by Colin Coward at 13:55