Dreaming non-dualistic dreams and seeing visions of a new creation 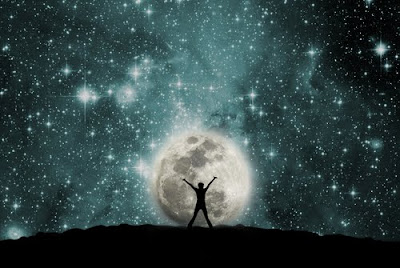 The Telegraph reports that Lord Carey has written to the Prime Minister. Carey highlights one subject he defines as particularly contentious - the clash of rights between homosexuals and Christians - as if these are distinct groups at war across a great divide.

Lord Carey mindlessly repeats the belief that those who hold traditional Christian viewpoints, “in common with millions across the globe and across history, suddenly find their position labelled discriminatory and prejudiced and then discover that it has effectively become a legal bar to public service.”

In the same vein, the ever-reliable Bishop of Winchester, Michael Scott-Joynt, told the BBC’s World This Weekend: “The problem is that there is a really quite widespread perception among Christians that there is growing up something of an imbalance in the legal position with regard to the freedom of Christians and people of other faiths to pursue the calling of their faith in public life, in public service.”

It doesn’t seem to occur to George Carey or Michael Scott-Joynt that Christians such as myself and the patrons and trustees and supporters of Changing Attitude and the tens thousands of LGBT Christians and their friends and families, hold a very different view of what it means to be a Christian, in deep prayerfulness and with great integrity.

The polarities which these two bishops wish not simply to defend, but extend the reach of, are in my view a danger to the health and safety of individuals, of our society and of the well-being of our planet and the global community.

They want to protect minority traditions, an exclusive idea of God and salvation, an us and them mentality, and a defensive, judgmental system of salvation.

This is not the vision of God’s creative energy and of the incarnation which inspires (too small a word – how about fuels?) my faith and my work in Changing Attitude.

“The Word became flesh; he made his home among us, and we saw his glory, such glory as befits the Father’s only son, full of grace and truth.” John 1.14

“He is the image of the invisible God; his is the primacy over all creation. In him everything in heaven and on earth was created … the whole universe has been created through him and for him. He exists before all things and all things are held together in him. For in him, God in all his fullness chose to dwell.” Colossians 1.15-17, 19

All things are created in the image of God, including lesbian, gay, bisexual and transgender people and our loves and relationships.

Does the future of creation lie with those who want to preserve, defend and protect old paradigm, dualistic patterns of theology and human relationships? Will the Church continue to judge and find wanting those of us who are simply different from what the majority assumed to be ‘normal’?

Are those of us who dream of a new heaven and a new earth, a new paradigm, who dream dreams and see visions of the things which the apostles and evangelists were inspired and enlightened by, are we going to live more deeply into our vision of the Kingdom of God in 2011?

The apostles, evangelists and witnesses were given revelations into the nature of God and creation which can still transform our emotional, cognitive and imaginative ability to dream our own dreams and have confidence in our vision of this finite creation with its infinite potentialities which can transcend our destructive, dualistic thinking.

To support the work of Changing Attitude in bringing a non-dualistic, LGBT inclusive vision to the church, please become a supporter or make a donation
Posted by Colin Coward at 16:43