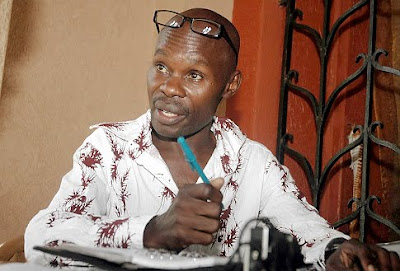 David Kato, was attacked and beaten to death with a hammer at his home in Kampala on Wednesday 26 January 2011. David was known as ‘the grandfather of the kuchus”, a brave and passionately committed activist who had been campaigning for gay rights for more than a decade. He had been leading the campaign against David Bahati’s Anti-homosexuality bill, which demands that homosexuals be executed and which has intensified the climate of hatred and prejudice against LGBT people not only in Uganda but across Africa.

Changing Attitude England has been campaigning for fifteen years for the full inclusion of lesbian, gay, bisexual and transgender (LGBT) people in the Anglican Communion. By implication, we are campaigning against everything, every attitude, every theological position, every use of scripture, every sermon, teaching and episcopal attitude which allows or encourages prejudice and hatred against LGBT people.

The Archbishop of Canterbury, Dr Rowan Williams, issued a statement following the murder. He said, in part: “No one should have to live in such fear because of the bigotry of others. This is a moment to take very serious stock and to address those attitudes of mind which endanger the lives of men and women belonging to sexual minorities.”

Changing Attitude England welcomes the Archbishop’s forthright stance. Following David’s murder, the time has come to demand that the Anglican Communion abandons the parts of the teaching enshrined in Lambeth Conference resolution 1.10 of 1998 that rejects homosexual practice as being incompatible with scripture (para. 4) and cannot advise the legitimizing or blessing of same sex unions nor ordaining those involved in same gender unions (para 5).

The Anglican Communion must move to adopt as policy the commitments made in paras 3 and 5 to assure homosexual people that they are loved by God and are full members of the body of Christ, and to minister pastorally and sensitively to all irrespective of sexual orientation.

The Most Revd Henry Orombi, Primate of Uganda, is one of 7 Primates who have absented themselves from the Primates’ meeting in Dublin this week because The Most Revd Katharine Jefferts Schori, the Presiding Bishop of The Episcopal Church is present and because of TEC’s policy which breaks the moratoria on ordaining gay bishops and allowing same sex blessings.

TEC has led the way towards the full inclusion of LGBT people in the Church and in the global Christian community, reflecting theologically on human sexuality and listening for over 30 years to LGBT people. TEC has committed itself to integrating us into every level of Church life. For doing this it is demonized. Conservatives, in the words of Canon Chris Sugden, bear false witness against The Episcopal Church and claim, wrongly, that Anglicans have been persecuted and driven from their homes, buildings and jobs in the USA and Canada.

In contrast, the Church of Uganda in a statement issued on 9 February 2010, whilst not fully endorsing the Bahati bill, argued that homosexual behaviour should be prohibited and penalized and the licensing of organisations which promote homosexuality should be prohibited. In conclusion it reiterated the Church of Uganda’s desire to provide love and care for all God’s people “caught up in any sin” (which is not what Lambeth 1.10 says).

A local Anglican priest, the Revd Thomas Musoke, at Friday's funeral for David Kato, grabbed the microphone in the middle of the ceremony and decried homosexuality, causing a fight to break out and leading villagers to refuse to bury the body. Reports say he screamed:

"The world has gone crazy. People are turning away from the scriptures. They should turn back, they should abandon what they are doing. You cannot start admiring a fellow man. It is ungodly.”

"Who are you to judge others? We have not come to fight. You are not the judge of us. As long as he's gone to God his creator, who are we to judge Kato?"

Marking a stark contrast with the attitude of the Church of Uganda, the Kampala-based Daily Monitor carried an editorial comment which concluded:

“People like David Kato and others who might be gay are Ugandans and enjoy the same rights and protections of the law as heterosexuals. We cannot send them into exile neither, lock them away, or hang them. We need to have an honest discussion about how to ensure that their rights are upheld without violating the rights of other Ugandans. Peaceful and stable societies only emerge when we understand and try to accommodate those who are different from us, or who disagree with us – not by ostracising or killing them.” 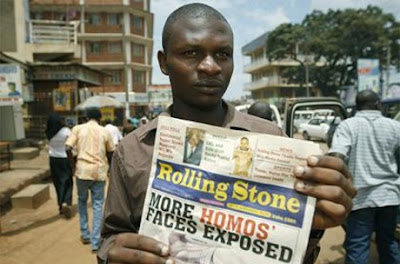 Changing Attitude England calls on every Province of the Anglican Communion to urgently review attitudes to homosexuality.

The abusive use of Lambeth 1.10 which focuses on negative, judgmental attitudes towards LGBT people must be reversed.

Affirmation of the unconditional love of God for all people, pastoral care and support which is undiscriminating, and opposition to homophobia and all prejudice against LGBT people must become the policy of the Communion.

The Archbishop of Canterbury has said that this is a moment to take very serious stock and to address those attitudes of mind which endanger the lives of men and women belonging to sexual minorities.

The Primates who are meeting in Dublin have an opportunity to reflect on the effect of Christian teaching which diminishes the humanity of LGBT people and puts our lives in danger. They must initiate a review of Lambeth Resolution 1.10 in response to David’s murder, the continuing violence against LGBT people in the global community and the loss of so many faithful LGBT Anglicans who are abandoning the Church they love because of its deeply ingrained prejudice.

The Anglican Consultative Council and the Standing Committee of the Anglican Communion must engage in a similar review of Anglican policy when they next meet.

The next meeting of the Lambeth Conference in 2018 will be too late. By then, more LGBT activists and individuals will have been murdered and more teenagers committed suicide, and tens of thousands of LGBT Anglicans will continue to live in secrecy and in fear for their safety and their lives.

The need for action to combat the evil of prejudice and violence against LGBT people is urgent and changes in Anglican Communion teaching and policy must be made NOW.

To enable Changing Attitude England to campaign for urgent change in Anglican Communion policy towards our LGBT members please become a supporter or make a donation.
Posted by Colin Coward at 16:26