The Global South leaders gathered in Singapore yesterday for the Fourth Global South to South Encounter. The theme of the Encounter is The Gospel of Jesus Christ —Covenant for the People; Light for the Nations.

The questions facing the Anglican Communion around the issue of human sexuality look radically different to a 64 year old gay man writing this in the Spring sunshine as he glances at the cherry blossom in a Wiltshire garden, compared with the view of the Global South leaders in Singapore or of the Archbishop of Canterbury sitting in Lambeth Palace. 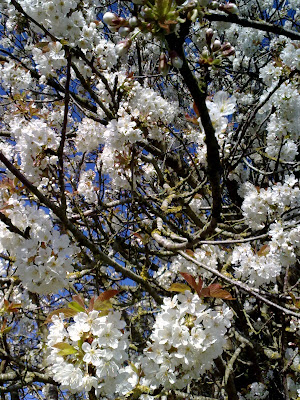 In his introduction yesterday evening, Archbishop Peter Akinola, Chairman of the Global South Primates Steering Committee, said “People are perishing and we dare not remain silent. We must proclaim the Word that brings life and hope. I pray that we will have the inspiration and courage to do so.” It is the same word that brings life and hope to Global South leaders and LGBT Anglicans alike, the same Gospel, the same message from Jesus the Christ. It is the same word of life which is inspires them and us, because we are not in truth, ‘them and us’, but one in Christ.

Lesbian, gay, bisexual and transgender people perish in the domains of the Global South because the Christian words preached by many Global South leaders are words of condemnation and prejudice, exclusion and judgment. There is no hope and no life for LGBT people in a gospel which wants us to conform to a heterosexual agenda and hetero-normativity, or thinks we are willing, for the sake of ‘Covenant values’, to endure enforced celibacy and emotional abuse at the hands of church leaders.

We are not prepared to endure such a life and never will. Neither will we allow ourselves to be excluded from the Communion by whichever group appoints itself ‘the orthodox majority.’

In his sermon later in the Cathedral, Archbishop Akinola asked, where are we to go from here now that The Episcopal Church has confirmed the election of Mary Glasspool and she is about to be consecrated? The ‘real’ mission of the Church, he said, “…is to make Christ known to all is suffering and in some cases neglected.” Surely, Archbishop, the real mission of the church is TO the suffering and neglected.

In the Archbishop’s Christian vision, we LGBT people, The Episcopal Church in general, Mary Glasspool and Gene Robinson in particular, are apparently part of the darkness which needs to be banished wherever it is found. LGBT Christians follow the light and live in the light, and Changing Attitude is attempting to extend the realm of light and banish the dark tomb in which Peter Akinola would like to incarcerate us.

In his message to the Fourth Global South to South Encounter the Archbishop of Canterbury said ‘all of us’ share the concern that the Episcopal Church has deepened the divide between itself and the rest of the Anglican family. Changing Attitude, with members in various parts of the Anglican Communion, does not share this concern. We welcome her election and imminent consecration which for many in the Church of England is a sign of light and hope that at least one Province in our Communion can do justice and walk humbly with our God.

The Archbishop says most Anglicans will want to express the sense that this decision cannot speak for our common mind. Supporters of Changing Attitude are not among that number. We ARE included among those who are willing to share a sense of repentance and a willingness to be renewed by the Spirit. For us, this means repenting of homophobia in the church and of the appalling prejudice and ignorance found in Anglican attitudes towards LGBT people. We want daily to be renewed by the Spirit in the fruits of love, joy, peace, patience, kindness, goodness, fidelity, gentleness and self-control.

The Archbishop speaks of allowing the Holy Spirit to lift our eyes to that broader horizon of God’s purpose for us as Anglicans, as Christians, and as human beings. There are indeed, as the Archbishop says, no quick solutions for the wounds of the Body of Christ. It is the work of the Spirit that heals the Body of Christ, not the plans or the statements of any group, or any person, or any instrument of communion. This will only happen as our Communion continues to engage with LGBT people where it has already done so, and has the courage to begin to engage where at the moment it maintains a stand-off.

There will be no cheap, simple, structural solutions to the conflict revolving around the presence of LGBT people in the Communion. Schism will resolve nothing because LGBT people will be present in every splintered fragment. Sooner or later, the churches will have to engage with us, including those who are priests, bishops and archbishops, learning from us and embracing us in Christ.