What has emerged from the Fourth Global South to South Encounter in Singapore?

The Global South Encounter ended today when the Fourth Trumpet was issued. Most of its content is very predictable but there are things of more value to be learnt from other reports about the Encounter. 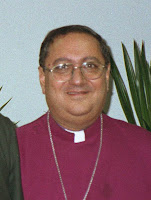 The Most Rev. Mouneer Anis, Archbishop of the Middle East, proposed a new global Anglican structure to compensate for the ongoing 'ecclesial deficit' in the communion and sustain and enhance Christ's mission. He later clarified his idea saying that he was proposing a new structure for the global South only and not the Anglican Communion as a whole but some nevertheless saw it as an unofficial declaration of the Global South's independence from official Anglican Communion structures. 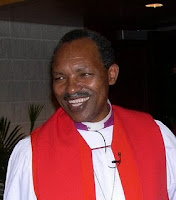 The second proposal came from Archbishop Emmanuel Kolini of Rwanda. He called for an Anglican Ecumenical Council of the worldwide Anglican Communion which he believes will bring to an end a dozen years of primatial communiqués, reports and endless talk of "process" and "listening" that has achieved nothing to resolve the crisis of faith and leadership within the Anglican Communion.

Kolini argued that the renewing of the Anglican Communion through such an ecumenical council would be binding on the church with Scripture as the church's supreme authority. Those provinces and dioceses that would not accept the Council's authority would place themselves outside the communion.

David Virtue claims than an archbishop told him; "The Ecumenical Council is the way forward. This is an unstoppable movement not another communion. We will prevail. The trumpet blast is the call for a new Council. The hope is that we can get it done this year."

The reality is that such proposals have been made repeatedly at Global South gatherings. The Archbishop of Canterbury isn’t going to call an emergency Primates meeting or an Anglican Ecumenical Council. The only way that Archbishop Mouneer Anis’s idea can come to fruition is if the Global South formally declares schism and claims to be the real Anglican Communion by the number of member it has. They haven’t declared schism yet and I wouldn’t bet on it happening this year.
Positive qualities

I’m grateful to Father Ron Smith who found the time to watch the video clips of talks give by the Primates of The Middle East, and Singapore. Commenting on Thinking Anglicans, he said that Archbishop John Chew’s was strangely moving. The Archbishop urged the delegates to listen to the message of Isaiah in the Suffering Servant passages. Father Ron saw hope for the Gospel of God's radical love and forgiveness to be taken seriously - by those of the Global South, as well as the rest of us. He also listened to Bishop Rennis Ponniah's Scriptural study on Isaiah.42:1-9 “…where he so beautifully speaks of God's love and compassion for ALL people.”

Father Ron reminds me that those gathered in Singapore are Anglicans, Christians on the road with us, and however uncomfortable they make life for us, they are still, like it or not, in communion with us. Neither side particularly likes this state of affairs, but I don’t believe we have the option (which they take to themselves) to say we are not in communion and do not recognize them. We in Changing Attitude recognize them and disagree totally with their attitude towards LGBT people.

David Virtue who was present in Singapore reported that the older generation of archbishops of Nigeria, Kenya, Central Africa and Rwanda are retiring while other Global South bishops in Singapore are new to leadership roles in the Anglican Communion and are not completely familiar with some of the personalities and the nuances of the Communion. Says David “…it will be important to get the new archbishops and bishops up to speed so they won't be blindsided by the power of the office of the Archbishop of Canterbury and the other Instruments of ‘unity’.”

Some archbishops and bishops speaking to David Virtue in private expressed concern that Rowan Williams will try to exploit, conquer and divide the Global South bishops because many are inexperienced and lack the ability to challenge his authority. One archbishop apparently told David that +Rowan could exploit their inexperience, which anyone who knows +Rowan knows to be untrue. This shows the lack of respect some of the GS Primates have for the Archbishop of Canterbury. Nothing new there, but it’s always interesting to me that David Virtue wants to publicise the fact.

David thinks +Rowan “is trying to wait them out.” He knows the next generation needs a learning curve and “will exploit it and hopefully prevail. He can drag his heels with endless talk of ‘process’ and ‘listening’.”

David Virtue reported that “Everyone is upbeat, cheerful and at peace. The archbishops and bishops are smiling; they are not fighting liberal and revisionist archbishops and bishops who have a different religion. Only God knows what they really believe, but whatever truncated Christianity they have, you won't find it here. There is no tension here. There is joy and peace. No one is being asked to reconcile the irreconcilable. This is Anglicanism at its finest."
This is David’s typical idyllic, fantasy version of the reactionary and progressive parts of the Anglican Communion.

And then … on Tuesday Greg Griffiths (who wasn’t in Singapore) posted on Stand Firm that “...after Archbishop Rowan Williams' video address to the Global South-to-South Encounter audience was over, there was silence. No one applauded, and glances around the room revealed lots of head-shaking and eye-rolling.”

David Virtue (who was there) sent an email to various people which you can read here if you really need to. David abuses Stand Firm and uses language which, if Changing Attitude used such language, he would torment us with for eternity.

The comments thread on both Stand Firm and VirtueOnLine usually display the most prejudiced opinions in the Communion and the most vitriol towards the Archbishop of Canterbury, the Presiding Bishop, +Gene Robinson and the Episcopal church in general. Commentators now turned their fire on Greg for having posted David’s email in the first place and on David for attacking Stand Firm (not for the first time) and for using such abusive language.

This outburst reminds me to continue live by faith, stay deeply centered in the love of God and continue to trust in the Kingdom qualities which Jesus proclaimed. There is, when all is said and done, something deeply unpleasant and totally unchristian among those who claim the Christian high ground. They accuse us of betraying the Gospel whilst doing the same themselves. It’s such an easy and cheap point to make against them, but when you are among those who have been repeatedly abused and vilified by the American Christian right, there’s something satisfying when they publicly reveal the true nature of their shadow selves.
Posted by Colin Coward at 13:26