The Coroners and Justice Bill and the Waddington Amendment

There is gulf of understanding between the church and members of parliament. The Church of England’s submission, the position outlined by William Fittall to the Committee and in the speech by the bishop of Southwell and Nottingham all argue for something not shared by the vast majority of people. 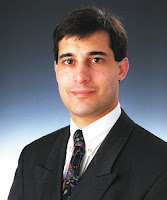 I am sure some bishops understand this but the official voices of the CofE - bishops in the Lords and William Fittall – don’t.

The Bill has added "hatred on the grounds of sexual orientation" to "religious hatred" as an offence if "A person … uses threatening words or behaviour, or displays any written material which is threatening." The Waddington amendment, supported by the church, says: "… the discussion or criticism of sexual conduct or practices or the urging of persons to refrain from or modify such conduct or practices shall not be taken of itself to be threatening or intended to stir up hatred."

The CofE position paper argues that: “… Christians engaged in teaching or preaching and those seeking to act in accord with Christian convictions in their daily lives need to be assured that the expression of strong opinions on marriage or sexuality will not be illegal ….” It draws attention to: “the possible ‘chilling effect’ on free speech, which formed part of the debates on religious hatred.”

The Bishop of Southwell and Nottingham speaking in the Lord’s last month said "Our concern is with the potential application of the law to restrict legitimate discussion and expression of opinion about sexual ethics and sexual behaviour—bearing in mind that existing public order legislation has sometimes been used to warrant over-zealous police investigations against people with conservative views on homosexuality. It is generally agreed that this should not be so. The question is, how is it best avoided?"

The church wants the freedom to continue to preach and teach against the lives and loves of LGBT people in the name of acting in accord with ‘Christian convictions’. The majority of Christians don’t want this, the Government doesn’t want it, and Changing Attitude certainly doesn’t want conservative Christians to win the right to continue to preach and teach OT prejudices about us.
Posted by Colin Coward at 10:05