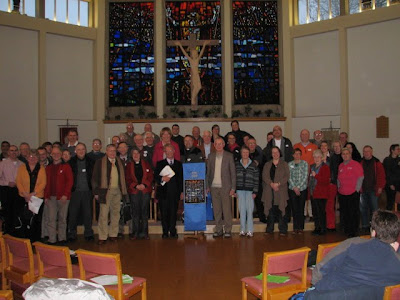 Changing Attitude was one of five national organisations which together organised a very successful conference in Birmingham on Saturday. The other groups were The Centre for the Study of Christianity and Sexuality, Inclusive Church, LGCM and The Sybils, with Church members from Norwich and Birmingham. The conference was designed to explore and celebrate our relationship with God, with each other and with our inner selves, and for me, it opened windows onto all three. 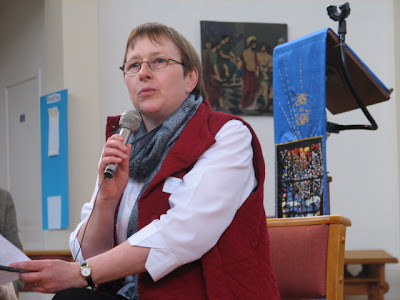 Lively 5 minute buzz groups followed each talk, and the 100 or so conference participants then separated into ten groups to discuss questions arising from the talks and their own experience. Group themes included Parenting; Issues with the Church; Christian Ministry; Cultural Loyalties; Issues at Work; To disclose or not to disclose? and Under Pressure.

Lunch followed with soup provided by the local group. While most were enjoying lunch, members of CSCS met in the side chapel and held their AGM. CSCS has had a good year, partly reinvigorated by involvement in the Conference which had happened as a result of their initiative. Finances are healthy and a new chair and treasurer were elected, with Jane Frazer standing down as chair and Daphne Cook as Treasurer. 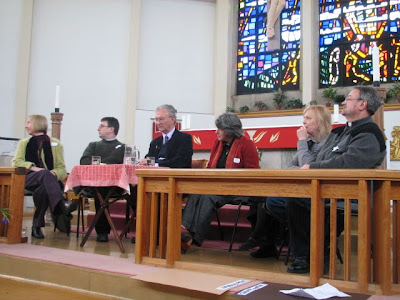 We reassembled for a panel of speakers who were chaired by Brian Thorne and invited to share their own pitfalls, opportunities and spiritual resources on the journey.

We split into groups again for another 50 minutes. Discussion in my group second time around was fired by what we had heard from the panel. People wanted to know how they could bring pressure on the Church and especially on bishops, who seem to live in a fantasy world disconnected not only from LGBT Christians but from majority opinion in our congregations.

Tea and coffee followed with a fabulous range of cakes, and the final plenary session brought as much as possible together in the last 20 minutes.
Posted by Colin Coward at 18:25