This is the headline to an article by Jonathan Wynne-Jones in Saturday’s Daily Telegraph. Jonathan says the most telling thing about Mary Glasspool’s consecration is the lack of reaction to it. This is in stark contrast to the headlines greeting Gene Robinson’s consecration and the furious, angry reaction from Anglican conservatives. Back then:

“African bishops condemned his consecration as “demonic” and evangelicals in the Church of England warned that it would cause an irreparable split.”

Mary’s consecration will barely register on the news agendas of most countries, demonstrating more clearly that the liberals have won the battle over the place of gay clergy in the Church, says Jonathan. Life has gone on and the repeated threats that there are now two separate Anglican Communions, the Episcopal Church is no longer Christian, and that we are irreparably split. The threats have come to nothing.

In his manifesto, Bishop Jack Spong wrote: “The battle is over. The victory has been won. There is no reasonable doubt as to what the final outcome of this struggle will be. Homosexual people will be accepted as equal, full human beings, who have a legitimate claim on every right that both church and society have to offer any of us. Homosexual marriages will become legal, recognized by the state and pronounced holy by the church.” Jonathan says he’s right.

It isn’t simply that the storm that erupted at the time of Gene Robinson’s election is blowing itself out. In the 7 years since Bishop Gene’s election and consecration, global dynamics in relation to human sexuality have changed dramatically while the Anglican Communion has continued to obsess itself with the rights and wrongs of being gay. 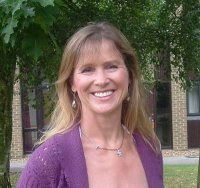 In an article in today’s Times, Ruth Gledhill says the infighting over homosexuality means that for the 77 million Anglicans worldwide, more important than the Resurrection, the Crucifixion, the Virgin Birth and the Trinity is what one person does in bed with another. The lines of Christian belief, in the Anglican world at least, have been redrawn around a battle over gay rights that, in the secular world, ended years ago.

What Ruth says is true in the UK and other liberal western democracies but not in Africa and many other parts of the world. But in other countries, change is happening and it is change in a liberal direction – the failure of the Ugandan Bill is symbolic of the old order trying to destroy nascent LGBT movements and voices and failing. The failure will be repeated across Africa and groups expand and become more visible, the anti-homosexual culture will be changed.

Ruth says that many of the thousands of young people who never go to church in the UK but who are nominally baptised Anglicans cannot remember a time when sodomy was a criminal offence. If the Liberal Democrats and the Conservatives can form some sort of coalition in Britain, surely the liberals and conservatives in the Christian world can bring new leadership to the Anglican morass. They must put their differences behind them, for the sake of God, themselves and the common good.

Jonathan and Ruth both recognise a reality which at present eludes many conservative Anglicans, obsessed with fighting, in Africa, what they believe is a demonic anti-Christian manifestation. In the UK, conservatives have been holding the church to ransom over LGBT people and women bishops.

The outcome will be a great challenge to the beliefs of many who have understood themselves to be faithful, orthodox, committed Christians and Anglicans. Whilst trying to be open and generous to them, I also have no doubt that a church with women bishops and open, partnered, LGBT priests and bishops, is where God has been leading us for many years.