No Time For Turning 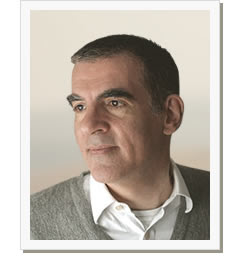 Later this month the novelist Michael Arditti is going to address the Spring meeting of the (LGBT) Clergy Consultation, an organisation that also welcomes lay ministers and their partners. http://www.clergyconsultation.org/

Author of The Celibate (1993), about a gay ordinand, and Easter (2000), the chronicle of Holy Week in a north London parish when a gay curate is arrested and a lesbian couple’s daughter baptised at the Easter Vigil, Arditti has done more than most to explore what it means to be lesbian and gay in the Church today, and both novels introduce, or allude to, trans people within the orbit of the main characters - thank you, Michael.
http://www.michaelarditti.com/
Using humour and unexpected historical parallels or coincidences Arditti is a brilliant analyst of the key theological issue of theodicy - how suffering can be reconciled with belief in a God of unconditional love – and also of the effect of the erosion of faith or the loss personal religious convictions, subjects that he returns to in his latest novel, The Enemy of the Good (2009). The possibility of theology after the Holocaust is a constant theme of his fiction (one of his novels, Unity, concerns the Mitford sister who admired Hitler) which, despite Christian settings, contain key Jewish characters and themes (the narrator/ordinand of The Celibate is a convert from Judaism).

I have recently re-read Easter and am now two-thirds of the way through re-reading The Celibate which is set in 1980s Britain. With the media currently full of the General Election of 2010 it was sobering to read the following passage in which the narrator, inspired by the community and solidarity of taking part in a Gay Pride March through central London, reflects on the contrast with Thatcherite rhetoric of that period:
'We condemn ourselves from our own mouths as we’re left to use words that have become as discredited as the era they’ve been made to represent. So society is nothing more than a chimera, socialism anathema, the welfare state the dependency culture and idealism immaturity. While for their own part, political expediency has been elevated to the national interest, historical accident to the natural order, the party in government to the party of government, and their opponents branded the enemy within. The expropriation of language has gone hand in hand with that of faith. So though millions live in abject poverty, they still insist that we’ve been witnessing an economic miracle: as if the Feeding of the Five Thousand were simply to make the best use of resources rather than to share all that we have'.
I must be careful what I say here as Changing Attitude England is a non-political organisation, and also because, in the party leaders’ debate, Mr Cameron, more than once, accused Mr Brown of frightening voters, but I must admit I am frightened by the proposal that vast swathes of legislation will be repealed if Labour loses this election. Of course, the laws in question may have nothing to do those which, in recent years, have brought about greater equality for LGBT people, but I also recall Peter Tatchell’s comment, after describing the impressive number of these hard-won gains: ‘what has been given can also be taken away’.
As Arditti’s ordinand, accompanied by his lover and a friend, walk past the Palace of Westminster, they find themselves near ‘a banner opportunely demanding that we “Repeal the Section”’ a reference to Section 28, draconian legislation that put restrictions on artistic freedom just as it prevented LGBT schoolchildren at that time – like Mark, now in his late thirties who I was talking to only last week - from articulating their desires and learning, from teachers, how to manage them in humane and loving ways.
Whatever the outcome of Thursday’s election, we cannot allow any government to try to turn back that particular clock.
Posted by Christina Beardsley at 14:14