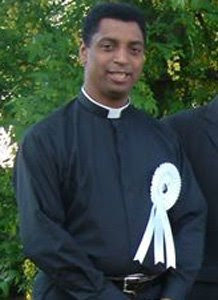 I participated in a discussion about the Bishop of Rochester’s Telegraph interview on the Chris Moyles show on Radio 5 Live last night. The conservative viewpoint was represented by George Hargreaves of the Christian Party. George proved a good examplar of strands which will be in evidence at the FoCA launch in Westminster Central Hall today.

1. George played the numbers game. He claimed that the only churches exhibiting growth in the UK are Bible-based conservative congregations. Later he contradicted himself and said numbers don’t matter. FoCA will claim that 80% of the Anglican Communion are with them. When they leave the Church of England to form a schismatic church, that claim will be put to the test.

What is demonstrably true is that 90% of Church of England bishops are faithful to the Archbishop of Canterbury, to the historic foundation of the CofE and to the generous, broad church ethos of Anglicanism.

2. George claimed that Bishop Michael Mazir-Ali wasn’t singling out lesbian and gay people as sinners. He said the bishop was clear in addressing all sinners. What the bishop said was: “. . . it is not just homosexuals who need to repent, but all who have strayed from the Bible’s teaching.”

Conservatives believe the church has strayed from Biblical teaching in blessing gay relationships, ordaining gay priests and bishops and ordaining women. Conservatives rarely target heterosexuals who engage in pre-marital or extra-marital sex or who divorce or engage in usury as straying from the Bible’s teaching.

3. George played the victim card, claiming that orthodox conservative Christians are being prevented from following their brand of faith in UK society by new legislation. The leaders of FoCA claim they are being oppressed and persecuted, enduring suffering and a scandalous great ejection (Richard Turbull’s letter of support to FoCA).

4. George misquoted the Bible and plucked texts out of context. He quoted a translation which used the word homosexual and then claimed it was an accurate translation. It isn’t.

What makes me angry is the way conservatives who claim to be Biblically faithful and orthodox quote proof texts but fail to notice the context. Romans 1.26-27 must be read in the context of Paul’s extended argument which runs through the whole letter and targets those who condemn themselves by sitting in judgment on others (Romans 2.1).

5. George claimed he is being excluded from church by gay people like me who allow no room for dissent in a pro-gay church. What George and the FoCA leadership mean, of course, is that a) they don’t like having to accept partnered lesbian and gay people in church and b) they want the freedom to preach homophobia because they have convinced themselves it is one of the things God hates most – God hates fags as Fred Phelps has it.

Let’s quote another Romans text, 14.13-14. “Let us therefore cease judging one another, but rather make up our minds to place no stumbling block in a fellow-Christian’s way. All that I know of the Lord Jesus convinces me that nothing is impure of itself; only, if anyone considers something impure, then for him it is impure.”

Those aligning themselves with FoCA believe that they represent a majority of the orthodox. They claim England will be saved as a Christian nation by following their gospel and depriving women and LGBT people of their birthright and full dignity in Jesus Christ.

At the same time they believe that because the majority of people in this country and members of the church reject them, they are proved to be faithful and righteous – and victims at the same time.

These people are bad, very, very bad, for LGBT Christians. They undermine our faith, our God-given identity and our self-worth. They damage the parents, friends and siblings of LGBT Christians.

And as with the Stonewall riots of 40 years ago, they strengthen the resolve of faithful LGBT Anglicans to work and pray and fight with heart and soul for our place in church and society, educating people as we go out of their prejudice and homophobia.
Posted by Colin Coward at 13:05