Lies and poison from Anglican Mainstream 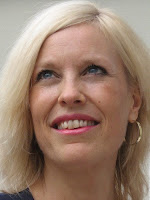 Lisa Severine Nolland has written a second article for Anglican Mainstream about the ‘gayification’ of Greenbelt.

Lisa returns to this ‘dreary’ topic, as she calls it, because Greenbelt hasn’t replied to her phone and email messages expressing concern about the presence of Bishop Gene Robinson, Paula Gooder, Robert Beckford, Giles Fraser and Dave Tomlinson, Journey MCC Birmingham and OuterSpace at Greenbelt and the showing of the film Priest.

Firstly, Lisa thinks expert, authoritative, orthodox, ex/post gay voices should be granted equal access, visibility and air time if those with an LGBT agenda are going to be handed the microphone. She says the decks have been stacked, disadvantaging the audience.

The problem with this argument for Anglican Mainstream is that leading figures such as Canon Chris Sugden and others not associated with Mainstream such as Peter Ould, and the experts from the USA that Mainstream import for their conferences don’t accept that there is any such thing as a gay identity. Gay people are heterosexuals who have been seduced and corrupted by secular culture and a bad relationship with their father. They can be returned to hetero-normativity by repentance, therapy and healing. If heterosexuality is normative and makes people happy, why is Lisa such an obsessively worried heterosexual?

The people who attend Greenbelt are intelligent, thoughtful Christians. They can choose which events to attend and use their God-given minds to assess whether what they hear is truthful to their experience of God’s creation. They are not stupid and vulnerable, as Lisa seems to imagine.

Secondly, Lisa’s knowledge of the history of marriage in the Christian and pre-Christian era is abysmal. She naively states that: ‘Over the millennia the Judaeo-Christian sexual ethic had insisted that sex remain within the context of mutually loving and giving, exclusive, until-death heterosexual marriage.’ Lisa has forgotten about polygamous relationships in the Old Testament, the inferior status of women in marriage until the modern era and the way in which the nature of marriage has constantly changed historically.

She next justifies divorce by referring to scripture. How dare she, when those in Mainstream quote proof texts at LGBT people. Jesus said definitive things about divorce. He said nothing about same-sex activity. I am not taking his silence to mean he approved. I take it that he saw no need to condemn men who had sex with men in the same way that he condemned divorce.

Lisa says sexual liberation, authenticity, exploration and autonomy are core parts of the LGBT agenda. I think she really means licentiousness and promiscuity. Some secular LGBT groups may advocate such a sexual ethic, as do many secular heterosexual groups. Changing Attitude emphatically does not. We advocate authenticity and the exploration of intimacy and love in fidelity to one partner for life.

Lisa asks whether Christian LGBT groups insist that their members keep all sexual relating within the perimeters of civil partnerships or gay ‘marriage’ (in countries where SSM is legal) and whether they insist that if one is not in such a relationship, then one must remain sexually chaste. She links to the Changing Attitude and Chicago Consultation web sites. Lisa, do heterosexual Christians follow your expectations? What does Anglican Mainstream’s research show – or is it only concerned with trying to expose the worst of LGBT experience? Is the dominant heterosexual culture setting an example of sexual restraint? No, it isn’t. We LGBT people may well be setting a better example and be more honest than those obsessed with sexual activity in Anglican Mainstream.

Lisa says it is LGBT culture that has set the trend and is profoundly influencing heterosexual culture. We are responsible for inspiring heterosexuals to abandon the ’no-sex-until-you-are-married-and-then-only-with your-spouse’ Christian ideal. Let’s blame the gays for all moral ills in society, shall we? Let’s make gays the scapegoats for the failure of idealised heterosexual Christian ethics. This is a scandalous argument for Lisa to make and verges on the evil of fascism – let’s scapegoat the Jews and the gays. There is indeed a loss of ethical values in our church. Falsely blaming a minority group provides one example.

Finally, Lisa believes that the LGBT agenda as articulated by such groups as Inclusive Church is either dissimulative or woefully ignorant and naive. Lisa introduces another of her pet obsessions at this point. She asks whether IC understands the full spectrum of what it is embracing and endorsing. What Lisa thinks IC and CA tacitly endorse are such ‘orientations’ as polyamory, sadomasochism, bondage and domination, zoophilia and paedophilia.

Reading Lisa’s false accusations makes me really angry. She claims the Christian moral high ground but repeatedly makes false claims and insinuations about Inclusive Church and Changing Attitude. Our Christian ethical position is utterly orthodox in reality. We believe in the highest ethical values for LGBT Christians. Let me answer Lisa’s final rhetorical question. No - individuals with these identities and corresponding lifestyles will not be encouraged to come out of their closets by IC or CA.

The people in local congregations that Changing Attitude engages with hate (and I mean, really hate) the way in which Anglican Mainstream repeatedly links zoophilia, paedophilia, etc with LGBT identity. Members of our church think Anglican Mainstream behaves in a way that is totally unfair and irresponsible.

In her third article on Greenbelt, Lisa Nolland asks whether Christian Aid, Church Urban Fund, YMCA or the Church Times would be happy to be associated with an event which had as one of its associates the BNP. Her argument sinks to the depths at this point, associating Christian LGBT groups with the tactics and beliefs of the BNP. She repeats the lie that LGBT advocacy groups will be present at Greenbelt. They will not. LGBT individuals will be present and so will groups ministering to LGBT people. Lisa’s argument is exclusive and fascist. She doesn’t think any group representing or ministering to LGBT people should be welcome at Greenbelt. If we let the gays in, she implies, we might as well let the BNP in. The idea is deeply offensive to Changing Attitude.

Anglican Mainstream is an organisation on the fringe of the Church of England, ready to jump ship if it doesn’t get its own way. It is allied with groups like ACNA and FCAUK which do have a schismatic agenda, unlike Changing Attitude. They claim The Episcopal Church is schismatic when in reality Mainstream is one of the groups actively planning schism.

Anglican Mainstream is dishonest, negative and plays to the very worst in the human psyche by attempting to poison people’s hearts and minds against LGBT people. They are doing incalculable damage to Christian witness and ministry in this country.
Posted by Colin Coward at 13:36