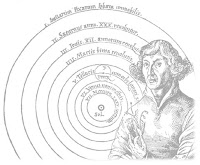 Forty years ago today human beings first stepped onto the surface of the moon transforming our awareness of our fragile planet in context of the universe. Four hundred years ago this year Galilei Galileo confirmed Copernicus’s revolutionary theory about the solar system. It took the church nearly 400 years to formally accept that Galileo was right.

We are living in an era in which God has placed human sexuality centre-stage on the agenda of the church. God has focussed our attention on two issues; the ordination of women and the ordination and blessing of LGBT people – on gender (51% of the world’s population) and sexual identity (about 5%). Actually, gender and sexual identity issues affect 100% of human beings.

What humankind learnt about the nature of the universe, creation and human identity grew dramatically in the twentieth century and will continue to grow and expand in the twenty first. We have been changed and revolutionised by the growth of life sciences, psychoanalysis, psychotherapy and psychiatry.

The values of reactionary conservative Christians who claim to uphold the highest ideals of truth, integrity and sexual responsibility fail because they deny or ignore human reality and the discoveries which challenge biblical understandings of creation, sexual biology and human sexuality.

If it takes the church as long to acknowledge new understandings of human sexuality as it took the Roman Catholic Church to formally accept the teachings of Galileo, we are in for a long, rough ride. Fortunately, globalisation, the spread of global communications and increasing human literacy and education mean that new ideas can be both more rigorously tested and questioned and also achieve widespread acceptance more quickly than Galileo’s discoveries about the solar system.

The idealised values of fidelity, monogamy and sexual responsibility are the right values. They are as right for LGBT people as for the heterosexual majority. The problem we are living with is the head-in-the-sand equivalent to Galileo as the church explores human sexuality. Conservatives ignore the reality of the way in which the heterosexual majority behaves. 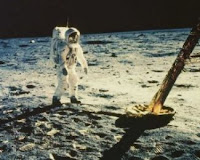 I know from my own and others’ experience that I am not troubled by being a partnered gay Christian. I am deeply at ease with myself. Disturbance comes from those who in their own Christian integrity wish to deny my reality and freedom, some of whom are also prejudiced and homophobic.

Christian arguments against homosexuality do not come from contended LGBT people but from heterosexuals with a conservative relationship to the Bible allied with those with a troubled past who describe themselves as ex-gay or mistakenly-gay or never-really-gay.

How will this transformation of awareness of human sexuality play out in the global church? I have no idea! The Episcopal Church has passed resolutions which are moderate in intent. They are committed to the integrity of the Anglican Communion and to the proper place of LGBT people in the church. TEC has been exploring this in depth for over 40 years.

Changing Attitude is campaigning for exactly the same place for LGBT people in the Church of England and ultimately in every Province of the Anglican Communion. Partnered lesbian and gay priests and bishops are already being ordained in many Provinces and priests are blessing gay relationships. What is lacking is honesty, better understanding and a positive commitment to change. 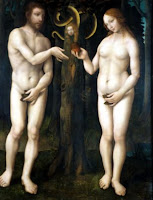 Conservatives are trying to resist an unstoppable movement in human history and understanding which is re-evaluating human sexual identity. There is clarity in this re-evaluation about what is healthy, natural and holy despite repeated conservative attempts to discredit and undermine the integrity of faithful LGBT Christians who stand firm in the faith. Let’s hope the church universal acknowledges the revolution in the understanding of human sexuality more quickly than it acknowledged the Copernican revolution, without which we’d never have dreamed of landing on the moon.
Posted by Colin Coward at 12:08