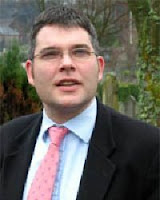 The debates in the Church of Scotland this weekend about the appointment of the Revd Scott Rennie as minister of Queens Cross church in Aberdeen and his subsequent interview on BBC Scotland raised the canards of lifestyle choice and orientation versus practice yet again.

It is offensive and demeaning every time someone refers to my identity as a lifestyle choice. The other debate being conducted at the moment about the Church of England bishops opposition to the government over its plans to amend the incitement to hatred laws may not influence the way conservative Christians talk about me, but I wish there was some way of educating them out of the deliberately abusive way they talk about lesbian and gay people.

As offensive to lesbian and gay people is the repeated distinction between orientation and practice. I am allowed to have a homosexual orientation but I am not allowed to practice my orientation. The practice being referred to is love, loving, making love, expressing and sharing love with a partner. In the minds of conservative Christians, practice equals sex. When straight or gay people engage in sex for it’s own sake, they practice something less than ideal. When we make love, we are doing something holy and sacred whether we are gay or straight and whether anyone thinks the Bible proscribes same-sex romance.

Scott Rennie emphasised the fear under which people live in the church. When the church eventually sees the light it will free lay people, clergy and ministers to leave their fear behind and live joyously in their own divine light.

LGBT people live not in fear of God’s judgement but in fear of what other Christians might do to them. As Scott said in the interview, this makes honest and truthful dialogue impossible. In the Anglican Communion it makes a proper Listening Process impossible. It won’t be possible until Christian teaching and attitudes have changed. But when that day is reached, neither the Listening Process nor Changing Attitude will be needed.

Meanwhile, we have to learn to live with our differences and respect each other, and part of the respect that all members of the Church of England and the Anglican Communion need to show to LGBT people is to learn that using the language of lifestyle choice and distinguishing orientation and practice would be offensive to heterosexuals and is offensive and demeaning to us.
Posted by Colin Coward at 10:28