Friday started with a rush as we didn’t want to miss our appointment with the LGBT Responsible at Commissioner General for Refugees and Stateless, and Foreign Affairs. 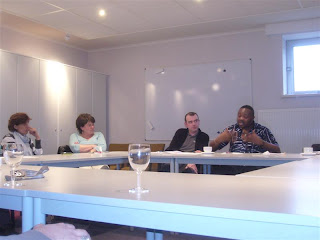 The meeting with the Commissioner General was very productive. I was told that the Belgian Government have been granting LGBT people asylum based on their sexuality. I shared my story and experience during my asylum screening and experience in an asylum detention centre. I was pleased to find out that the Belgian government have researchers who are working on LGBT issues. I was told there was no record of any Nigerian who has applied for asylum based on their sexuality since 2008 in Belgium.

The researchers for Nigeria and Togo-Benin both met with me and showed me documentary evidence that they are following all the LGBT issues and will need assistance to break through the LGBT world in Africa since most of them are in the closet and underground.

I was told that they need to collaborate with us because there is evidence of people faking to be LGBT in order to claim asylum. This is shocking and sad because it then puts the real LGBT people in doubt when they are in serious danger. 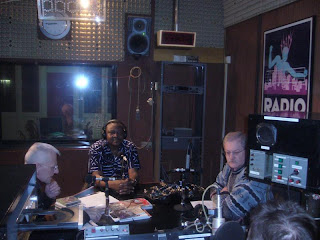 After the meeting with the Commissioner General we went to lunch in a nearby Chinese restaurant and meet with Xavier who is going to interview me for the Bang Bang radio program to be broadcast on Sunday.

We then travelled from Brussels to Antwerp where I was interviewed by Yvan Brys who writes for Zizo Magazine.

In the evening I spoke at the Roze Huts with the main Flemish LGBT organization. It was joy for me to meet Dennis of WISH-Antwerp. The group has been a supporter of CA Nigeria since 2005. I told the audience about the life of LGBT people in Nigeria and my story as well as answering the many questions they asked. It was so good to see more gay Catholic priests who came to hear me speak and to encourage me in my ministry.

It was the birthday of one of the lesbians with us so we joined her in celebrating her birthday. I was really exhausted as everyone in the hall was seeking my attention and asking lots of questions. Some wanted me to assure them whether they can travel to Nigeria and be safe. Others wanted to know why Nigerian Anglican Archbishop Akinola is so interested in sex. At some point I got confused because I was not sure of whom to give attention. It was encouraging to hear from one of the members that he has adopted a 17 year old Nigerian boy from Edo as his son and is taking care of him.

The meeting has helped me to think of a possible new project I will start within the European Union.