Deeper Communion; Gracious Restraint is the title of the letter from Alexandria to the Churches of the Anglican Communion issued at the conclusion of the Primates’ meeting in Egypt. The text of the letter was agreed unanimously by those Primates present here. The Archbishop of Canterbury presented the letter at a press conference held at 5.30 this evening. 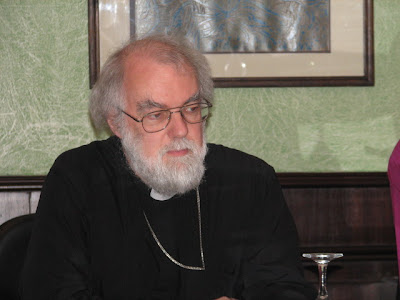 Colin Coward asked the Archbishop whether there was any good news for lesbian, gay, bisexual and transgender (LGBT) members of the Communion resulting from the five days of the Primates’ meeting. In response the Archbishop pointed to section 13 of the letter which says that a transforming conversation needs to open which

“… will include end continuing the Listening Process, and the ‘Bible in Church’ project. It is urgent that we as primates, with the rest of the Communion, directly study the scriptures and explore the subject of human sexuality together in order to help us find a common understanding.”

Archbishop Rowan said this commitment was supported very clearly from both sides of the discussion. Changing Attitude welcomes the renewed commitment to the Listening Process and the ‘Bible in Church’ project, both of which will help the church engage with us as we LGBT members of the Communion seek to be heard and become more visible and ultimately, fully included. We especially welcome the renewed commitment to the Listening Process from more conservative provinces.

Section 12 of the letter notes the “continuing deep differences especially over the election of bishops in same-gender unions [and] Rites of Blessing for same-sex unions…” and that the moratoria were much discussed. While they are “aware of the depth of conscientious conviction involved, the position of the Communion defined by the Lambeth 1998 Resolution 1.10 in its entirety remains ….”

Changing Attitude has repeatedly argued for 1.10 to be observed in its entirety, at the same time disagreeing with the sections which are hostile to LGBT people’s integrity. We will continue to support clergy who bless same-sex relationships and especially those partnered lesbian, gay, bisexual and transgender clergy who have the courage to be open about their sexuality.

Changing Attitude welcomes the “discernible mood of graciousness” in the primates’ engagements (Section 5), a mood which extended to Brenda and myself as we engaged with primates from different parts of the Communion. 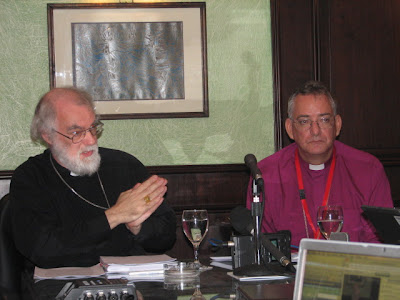 The Primates’ letter reveals what Changing Attitude was picking up in the course of the past five days. They “are conscious that [their] attitudes and deliberations … have sometimes inadvertently given rise to disappointment and even disillusion.” They acknowledge that they still struggle to get the balance right in their deliberations (Paragraph 7). The honesty of the primates in acknowledging their own role in failing to conduct their deliberations with the right attitude gives us hope that the ethos of respect for difference and transparency before God will serve as a model for the listening process which we hope will be opened in every province.

Paragraph 8 confirms that there has been “honest exchange and mutual challenge at a new and deeper level…” and paragraph 9 that matters “are not as clear-cut as some portray.” Honesty and mutuality must be a mark of the encounters with LGBT Anglicans which will continue to evolve in the coming decade.

Paragraph 9 continues “We have experienced God drawing us more deeply into that honest engagement and listening which both require and engender trust, and which must continue and intensify if we are to move forward under God.” Changing Attitude couldn’t have put it better. Many conservative Anglicans would be amazed at the depth of experience of God which LGBT Christians share with them.