Yesterday afternoon we joined the Primates as they visited the new Bibliotheca Alexandrina, inspired by the Great Library of Alexandria established by Ptolemy 1 in 283 BC.

The visit began with an exciting high speed drive along the sea front, police car siren wailing followed by a coach-load of Primates ... 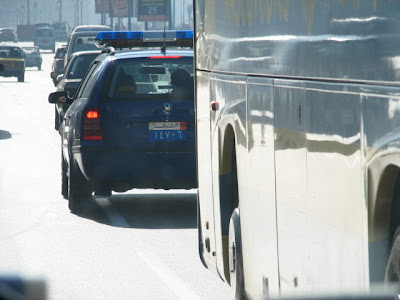 followed closely by plain clothes security guys in a white car weaving and dodging through the traffic followed VERY CLOSELY by staff and reporters in a midi-bus. 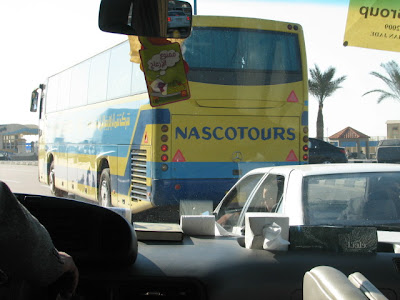 The building is dramatic and features a planetarium on the sea front entrance. The library was opened in 2003 and is an impressive piece of C20th architecture designed as a gigantic discus embedded in the ground with giant letters, pictograms and symbols from every known alphabet. 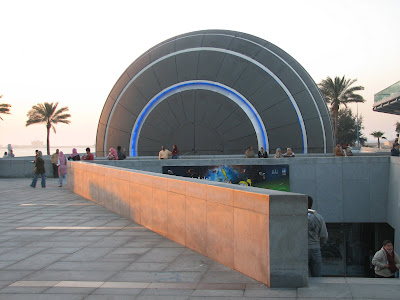 +Rowan and +Mouneer were welcomed to the library, with security guards still in evidence. In the entrance foyer the Primates were seated to be greeted by senior library staff members, except Presiding Bishop Katherine Jefferts Schori who was left standing. 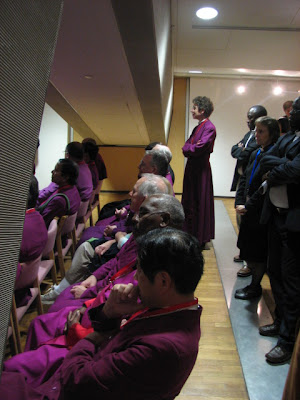 The staff introduced themselves and described the work of the library. 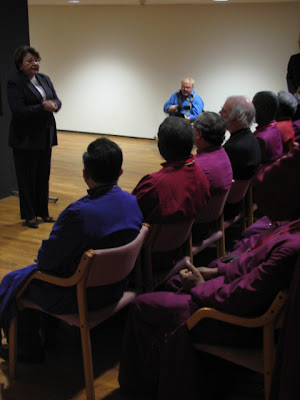 The interior of the reading and research spaces is dramatic. 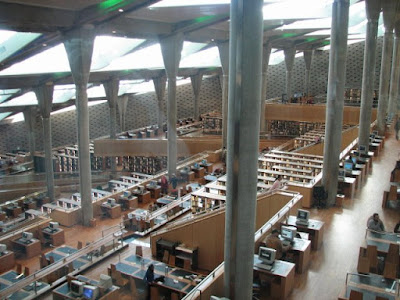 We divided into two smaller groups and were taken on a tour of the library. 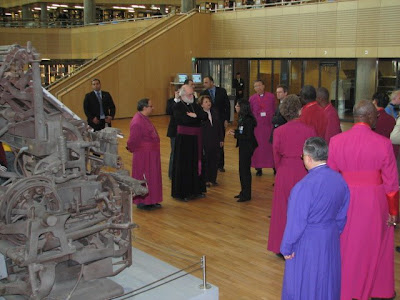 The library has an amazing range of exhibition spaces and the staff slowly guided us through giving detailed descriptions of manuscripts, books, early photographic records and artefacts from every period of Egypt’s history. 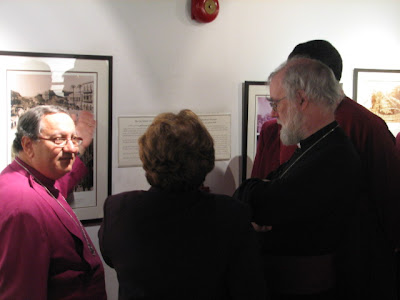 I found some homoerotic interest – a Roman wrestler featured in a mosaic - though his wrestling partner has been lost. 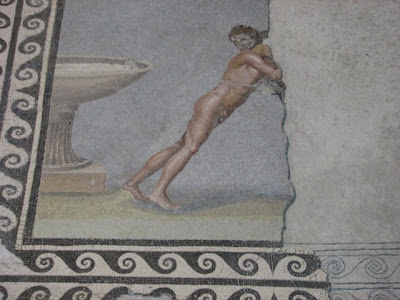 Adjacent to the mosaic was this clenched fist – symbolic of the attitude of some who would like to preserve Christian tradition at the expense of full inclusion. 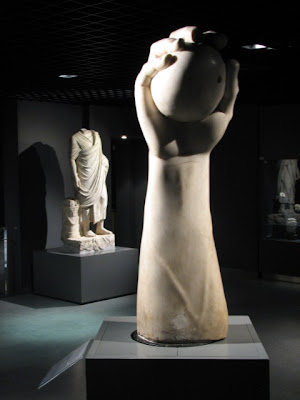 And if they can’t succeed in excluding LGBT people, then emasculating gay men might be their next strategy. 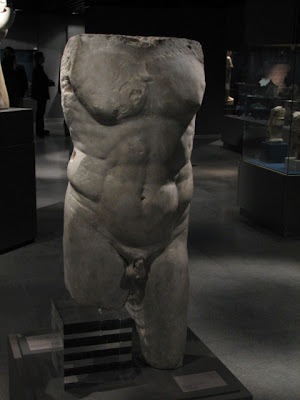 An emperor’s head – here for no other reason than because I liked it. 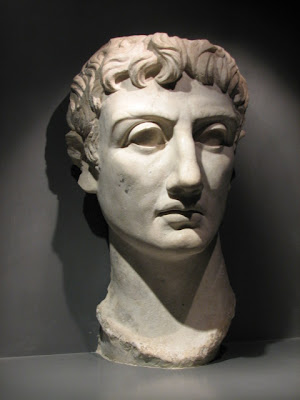 We were taken on a mystery tour through the huge conference centre performance space where a jazz band was rehearsing – to take another group photograph on the balcony – I’d rather have listened to the jazz. 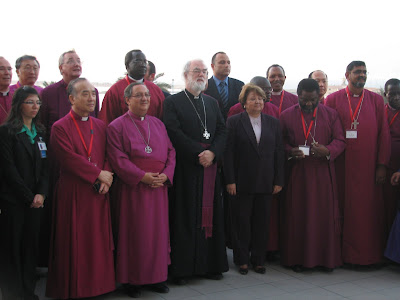 Archbishop Barry Morgan, patron of Changing Attitude, paused for a moment to admire the harbour and the setting sun. 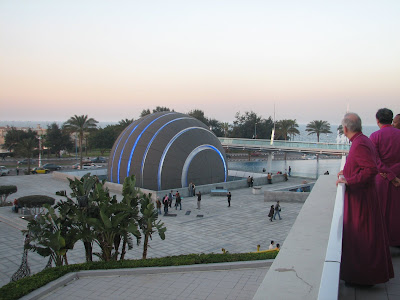